Madhya Pradesh Crisis Updates: Madhya Pradesh Governor Lalji Tandon sent a letter to Assembly Speaker NP Prajapati in the early hours today, saying that the latter made an "impartial and courageous" decision in accepting the resignations of six ministers. 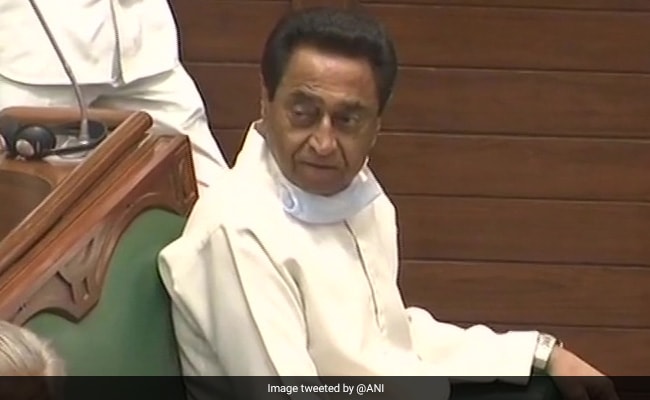 The Supreme Court, while hearing the petition filed by BJP leaders for an immediate floor test, refused to accept the proposal for producing 16 rebel MLAs in judges' chamber. The court further said that the rebel MLAs may or may not go to the Assembly but they cannot be held captive.

"It is their choice whether they want to enter, comply with whips etc. But certainly, when an allegation is that they are being held in captivity, we have to see they are at free will," Justice DY Chandrachud said.

The also said it is not going to interfere in deciding who enjoys the trust but it will ensure that there is a free exercise of choice which these 16 MLAs can make.

The hearing has been deferred for tomorrow at 10.30 am.

Mar 19, 2020 00:10 (IST)
Will go to Bengaluru if needed: Kamal Nath
Madhya Pradesh Chief Minister is mulling to go to Bengaluru to meet 16 rebel MLAs currently staying at a resort there, as his government is on a shaky ground following the resignation of these and six more legislators.
Mar 18, 2020 16:46 (IST)
Digvijay biggest dramatist in country: Shivraj Singh Chouhan
Senior BJP leader Shivraj Singh Chouhan dubbed Digvijay Singh of Congress as the "biggest dramatist", hours after the latter tried to meet rebel MLAs of his party in Bengaluru but prevented by the police.
Mr Chouhan said even the rebel MLAs are wary of Singh and didn't want to meet him.
Mar 18, 2020 16:31 (IST)
Rebel Congress MLAs demand security
The rebel Congress MLAs holed up at a five star resort in Bengaluru have demanded security from the Karnataka Director General of Police. They have also refused to meet Congress leader Digvijaya Singh who had gone on Wednesday morning to meet them.
Mar 18, 2020 16:25 (IST)
Supreme Court defers hearing to tomorrow
Supreme Court refuses to send Registrar General to meet rebel MLAs, defers hearing for tomorrow 10.30 am
Mar 18, 2020 16:22 (IST)
Top Court refuses to accept the offer of rebel Congress MLAs
Supreme Court refuses to accept the offer of rebel Congress MLAs to meet them, says it would not be appropriate.
Mar 18, 2020 16:18 (IST)
Madhya Pradesh BJP writes letter to Chief Election Commissioner
Madhya Pradesh BJP has written letter to Chief Election Commissioner saying: "Digvijaya Singh, who is candidate for Rajya Sabha election has gone to Bengaluru along with others, to pressurise 16 MLAs (lodged at Ramada hotel) to vote in his favour, violating Model Code of Conduct".
"It is, therefore, requested to take appropriate action against Digvijaya Singh (Congress leader) and others so that Rajya Sabha elections are conducted peacefully and in democratic manner," the letter further said.
Mar 18, 2020 16:17 (IST)
Digvijaya Singh to file petition seeking access to rebel MLAs in Bangalore

Congress leader Digvijaya Singh: I have filed a plea in the Karnataka High Court, seeking permission to meet Madhya Pradesh Congress MLAs who are putting up at Bengaluru. I have decided to be on fast & shall take a call on that after the decision of Supreme Court& the High Court. pic.twitter.com/eRoAcQWxv7

#WATCH Karnataka: Congress leader Digvijaya Singh has now been placed under preventive arrest. He was sitting on dharna near Ramada hotel in Bengaluru, allegedly after he was not allowed by Police to visit it. 21 #MadhyaPradesh Congress MLAs are lodged at the hotel. pic.twitter.com/dP3me4qjw0