Madhya Pradesh Likely To Be First State To Have Happiness Index: Official

Madhya Pradesh Institute of Happiness CEO Akhilesh Argal said they are giving the final touches to the questionnaire for an upcoming government survey to measure the happiness index. 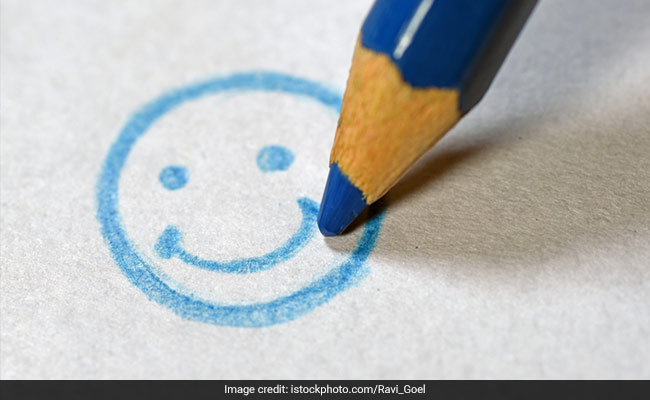 The happiness questionnaire will be tailor-made as per Indian and local ethos.

Madhya Pradesh is likely to become the first state in the country to have a happiness index (HI) in place by the end of the financial year 2019-20, a top official has said.

Madhya Pradesh Institute of Happiness CEO Akhilesh Argal said they are giving the final touches to the questionnaire for an upcoming government survey to measure the happiness index.

"We are giving final touches to the questionnaire for the survey which will be launched in November this year. It is our aim that the survey is completed by the end of this financial year and the maiden happiness index announced," said Mr Argal.

He said the state government has made Kharagpur-based IIT's Rekhi Centre of Excellence for the Science of Happiness as its "knowledge partner" for this unique project.

"To prepare the survey, about 15,000 people from various villages, towns and cities in Madhya Pradesh would be contacted and their views on wide range of topics like lifestyle, income, education, health, safety, achievements, interests, positive and negative feelings, inter-personal relationships, attachment to environment etc would be taken," informed the CEO.

He said the happiness index would help the government in initiating measures to make people feel happier in their lives.

Pointing out that such surveys were taken up in foreign countries, Mr Argal said the questionnaire will be tailor-made as per Indian and local ethos.

When asked if the endeavour can actually gauge the happiness quotient in a society with social and economic inequalities, the CEO said they are trying to design the survey in such a way to determine happiness objectively.

India's ranking in the UN World Happiness Report dated March 20, 2019, slipped to 140 from 133 in 2018. Globally, Bhutan had devised the happiness index linking it to development instead of GDP.

The erstwhile BJP government in Madhya Pradesh had announced before the 2018 assembly elections a system to measure the happiness level of people.