The BJP has accused the Kamal Nath government of "targeting" party members under the pretext of clamping down on mafia elements. 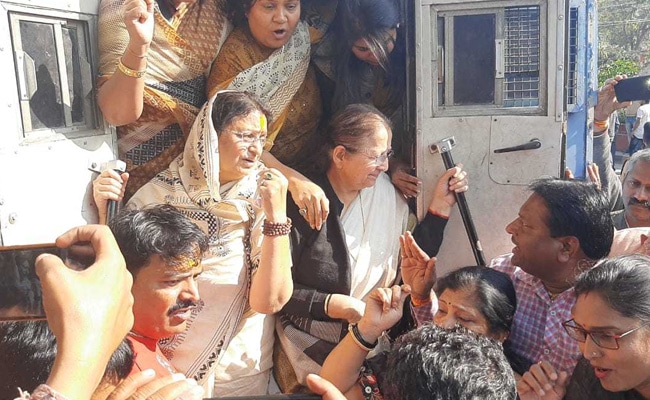 The BJP were detained while protesting in front of the Indore Collectorate.

The BJP leaders were protesting against the Kamal Nath government, which they have accused of  "persecuting" party colleagues as part of its campaign against mafia figures in the state. Police termed the demonstration in front of the Indore Collectorate as a violation of Section 144 of CrPC, which restricts the gathering of three or more people in a certain area.

Superintendent of Police Awadhesh Kumar Goswami told reporters that the BJP workers were taken into custody while they were trying to knock down barricades in an attempt to barge into the collectorate. "We arrested around 1,000 protesters to ensure that things don't go out of hand," he said.

State Public Relations Minister PC Sharma said the government's action focused on 11 sectors infiltrated by the mafia, and the drive will extended to towns after big cities are covered. "We took action against 615 mafia elements in the real estate sector, 694 in liquor, 150 in adulteration, 149 in extortion, 65 in housing cooperative sector. While as many as 1,330 cases were registered in the drive against illegal mining, 8,294 were filed over illegal transportation of minerals," he added.

"Mafia elements flourished during the previous BJP government's rule but we are finally bringing them down," Mr Sharma claimed.