The two Vyapam scam whistleblowers; Ashish Chaturvedi and Dr Anand Rai are currently seeking opinion on social media on their political plan. Elections in Madhya Pradesh will be held on November 28. 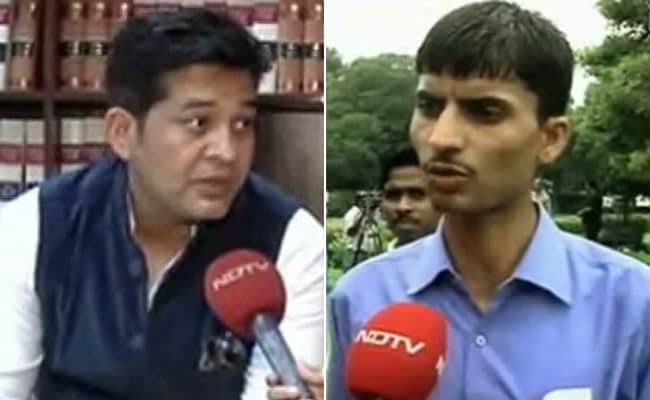 They are currently seeking opinion of their "well-wishers" on their political plan. Assembly elections in Madhya Pradesh will be held on November 28.

Talking to PTI on Wednesday, Dr Anand Rai, known for exposing the Vyapam scam (a multi-crore admission and government recruitment scam), said he was considering to contest elections from Indore-5 assembly constituency.

"Many victims of this scam are yet to get justice. Many big fish involved in this multi-crore scam are still out of the net. I want to change the condition," he said.

Mr Rai, who is seeking opinion of his well-wishers on social media, is presently posted in the government district hospital of Indore as a medical officer.

Indore-5 assembly segment is currently represented by senior BJP leader and former minister Mahendra Hardia, who had won the seat by a margin of 14,418 votes in the 2013 assembly polls, by defeating his nearest Congress rival Pankaj Sanghvi.

Another Vyapam scam whistleblower, Ashish Chaturvedi, 28, said he was also consulting his well-wishers about contesting the polls from Gwalior (East) seat.

"The Vyapam scam has affected the basic infrastructure like education, employment and health of the people in Madhya Pradesh. I have shared my point of view with the investigating agencies and the government. But influential people are still out of the purview of the investigation. I want to take this issue to the voters," he said.

The scam related to the MP Professional Examination Board (MPPEB) or Vyapam (Vyavsayik Pariksha Mandal) was exposed in 2013. The case was linked to the illegal admission of candidates in the professional courses and state government jobs in alleged collusion of mafia, officials and political leaders.