Days after they were inducted, the 28 new ministers in Madhya Pradesh Chief Minister Shivraj Singh Chouhan's government remain without portfolios 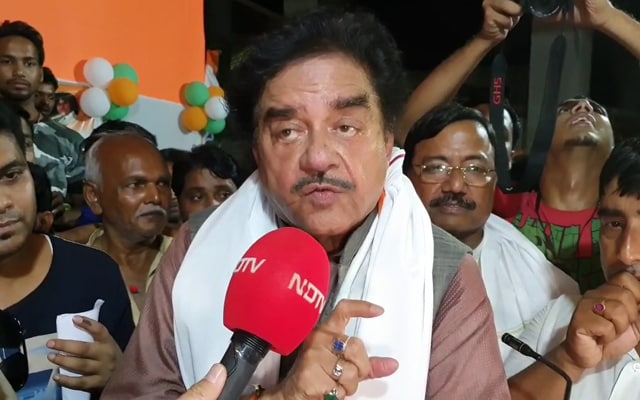 Mr Sinha said apparent discord between the Chief Minister and Jyotiraditya Scindia, the ex-Congress leader who crossed the aisle to help the BJP return to power in the state, had led to three rival camps.

"In Madhya Pradesh, BJP is divided into three camps. 1. Maharaj (a reference to Mr Scindia), 2. Shivraj, 3. Naraaz (anger, a reference to BJP leaders excluded in favour of Scindia loyalists)".

"Are you going to say something about this, sir?" Mr Sinha said - a comment seen by many as a dig at Prime Minister Narendra Modi.

Days after they were inducted, the 28 new ministers in Shivraj Singh Chouhan's government remain without portfolios.

This is despite the Chief Minister having spent the past two days in Delhi, discussing this issue with the BJP's central leadership. On Tuesday Mr Chouhan said he was "working on it (portfolio allocation)".

Sources have pointed to a behind-the-scenes clash between Mr Chouhan and Mr Scindia.

A number of the 28 leaders sworn in July 2 are ex-Congress men loyal to Mr Scindia and their inclusion, at the expense of BJP leaders backed by the Chief Minister has not gone down well.

Source said the two camps - Mr Scindia and Mr Chouhan - had failed to agree over key portfolios like urban development, PWD, revenue and excise, among others.

Meanwhile, emotions are also running high in the third camp - Shatrughan Sinha's "Naraaz", with BJP MLA Ajay Vishnoi writing to the Chief Minister warning him of resentment in Jabalpur and Rewa districts.

Former Chief Minister Kamal Nath, whose government was ousted by Jyotiraditya Scindia's switch, has said: "The government was formed as part of a deal, Council of Ministers was another deal and portfolios will also be allocated out of that deal".