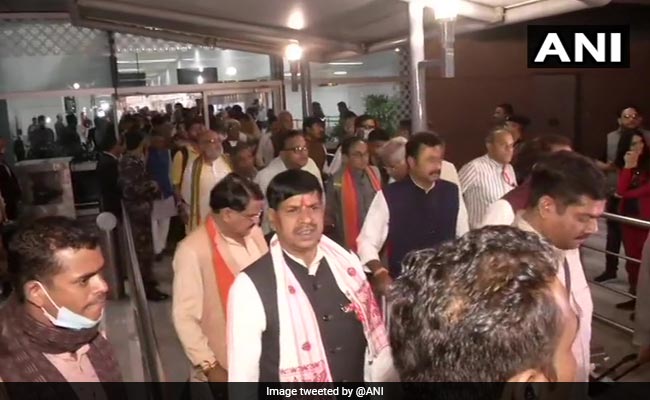 BJP MLAs from Madhya Pradesh arrived at the Delhi airport from Bhopal late on Tuesday night following the political uncertainty in the state after the resignation of senior leader Jyotiraditya Scindia and 21 MLAs.

"We have come here in a festive mood and we will stay here and enjoy for the next few days," Kailash Vijayvargiya told reporters after arriving at New Delhi.

Meanwhile, Congress has sent two of its leaders - Sajjan Singh Verma and Govind Singh - to Bengaluru to pacify the rebel MLAs who are staying in the city.

Earlier, several Congress leaders including Digvijaya Singh accused the BJP of horse-trading and conspiring to bring down the Congress government in Madhya Pradesh.

The grand old party has been witnessing an internal turf war in Madhya Pradesh since the party formed came to power in the state in 2018.