The people are convinced that the Mahua tree is divine, and a mere touch could rid them of all issues -- health-related or otherwise. 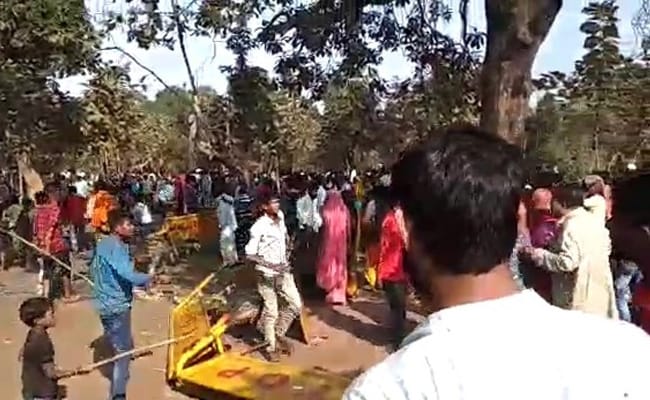 The crowd went on the rampage when police tried to restrain them.

The Madhya Pradesh police were faced with a strange situation on Wednesday, when hundreds of people gathered at Nayagaon village in the buffer zone of Hoshangabad district's Satpura Tiger Reserve to seek the blessings of a Mahua tree that is said to possess healing powers.

According to sources, the people seemed convinced that the Mahua tree was divine, and a mere touch could rid them of all issues - health-related or otherwise.

When police personnel tried to regulate the crowd, given the ecological sensitivity of the zone and the likelihood of a stampede, the enraged people turned on them. At least 12 cops, including Bankhedi police station in-charge SL Jharia, were injured and had to be admitted to different hospital across the district.

Mr Jharia, who allegedly suffered serious head injuries, is being treated in a private hospital.

According to sources, over two lakh people had visited the village since September to be blessed by the "healing tree". While local officials fear an impending stampede, wildlife officials are concerned that the growing popularity of the region among superstitious people in neighbouring districts could result in human-animal conflicts in the protected zone.