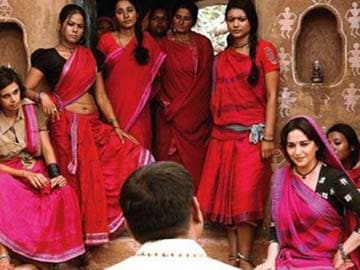 Yesterday, the court stayed the release of the film till May 8 on the basis of a plea filed by Sampat Pal, leader of the real life Gulabi Gang that closely resembles the characters in the film. The film's producers asked the court today to allow the film to be released.

Sampat Pal, dressed in the pink sari that has come to represent her group of vigilantes, moved the high court seeking a restraining order on the release of Gulaab Gang, saying the filmmakers did not ask her permission before making the movie.

She also sought financial compensation, saying there are certain scenes in movie which would affect her reputation.

Promoted
Listen to the latest songs, only on JioSaavn.com
Gulaab Gang is directed by debutant Soumik Sen and produced by Anubhav Sinha.