Dismissing UK government claims over visa overstayers from India, Sadiq Khan said the evidence did not back up the concerns. 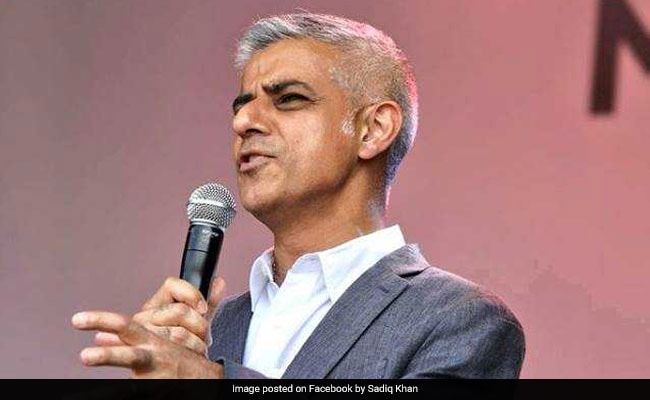 London: London Mayor Sadiq Khan has said he will continue to lobby the UK government to change its rules around immigration as he branded the exclusion of Indians from an easier student visa application regime as "offensive" and a "wasted opportunity".

Dismissing UK government claims over visa overstayers from India, Khan said the evidence did not back up the concerns.

"To link the two, illegal immigration and students is deeply offensive and also muddies the waters. This hostile environment (to immigration) is still here and we need real concrete evidence that it will change," Khan said on the sidelines of the UK-India Awards here last evening.

"There isn't a problem about students overstaying... All the evidence shows that Indians who study here leave with a very positive attitude. So, when they become chief executives or investors, they invest in the UK," he said.

The senior Labour party leader challenged the Theresa May-led Conservative party government's "blind spot", which fails to take into account the benefits of immigration to Britain.

"I feel this government is being very complacent about Indian investment. They assume it will always be here. My message to the government is no; these talented people can go elsewhere," he warned.

Mr Khan said he would continue to lobby the government to change rules, not just for tourists and students but also for Bollywood because film producers are now going to other parts of Europe as filming in London becomes far more difficult because of visa restrictions and the high cost of visitor visas.

He added, "As we leave the European Union (EU), we need to use this opportunity to build better links with countries outside the EU. We must realise Indians are equal partners, we mustn't talk down to them. It's a competition to attract talented Indians and we have got to be competing".

His intervention came as the UK government seemed to indicate a softening of its stance over the issue of visas. UK Foreign Office Minister Mark Field told the audience of senior business and political leaders at the UK-India Awards that the government was determined to make the changes necessary and it was just a matter of time before these become visible.

"I think all of us realise that there has to be a change in the visa system. I will just say that these things do take a little bit of time and I think we are making some progress in that area," said Field, who is also the minister of state in charge of India in the Foreign Office.

His comments come in the wake of brewing India-UK tensions since last week when the UK Home Office unveiled new reforms to its Tier 4 student visa system, adding countries like China, Serbia and the Maldives to an expanded list from where overseas students could access a more streamlined university application process.

But India was conspicuous by its absence on that list, leading to an outcry among student groups and other senior leaders.

Promoted
Listen to the latest songs, only on JioSaavn.com
The British High Commission in New Delhi has insisted the move would mean no change to the experience of Indian students applying to UK universities, but critics have questioned the perception it creates at a time when Indian students are already being put off applying to the UK and choosing alternate destinations.

"The reality is there is so much talent in India, there is so much potential. Why aren't we rushing to try and get that talent to come here rather than letting them go to Canada, Australia, the US and New Zealand?" questioned Mr Khan.