Speaker Om Birla said the sacrifices of freedom fighters give inspiration to everyone to serve the nation with dedication. 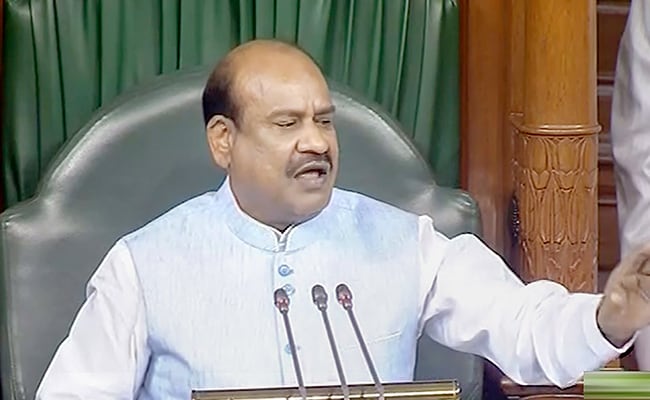 Lok Sabha on Monday paid tributes to martyrs and freedom fighters of the Independence movement on the occasion of the 80th anniversary of the Quit India movement.

As soon as the House met for the day after the weekend break, Speaker Om Birla said on this day 80 years ago, Mahatma Gandhi had launched the Quit India movement that led to India attaining Independence on August 15, 1947.

"This was the turning point in India getting Independence," he said.

Paying glowing tributes to the martyrs and freedom fighters, he said their sacrifices give inspiration to everyone to serve the nation with dedication.

Started by Mahatma Gandhi on August 8, 1942, the Quit India movement precipitated the exit of the British.

The movement was launched at the Bombay session of the All India Congress Committee and featured Gandhi's clarion call to end British rule.

Gandhi also delivered a momentous speech from Mumbai's August Kranti Maidan where he gave the famous call of "Do or Die".

The speaker also congratulated the Indian team who brought laurels to the country at the ongoing Commonwealth Games in Birmingham.

Mr Birla said such an impressive tally of awards gives encouragement to the younger generation.