Piloting the bill, Health Minister Jagat Prakash Nadda said this bill supersedes MCI and the powers of the council have been vested in a Board of Governors (BoG). 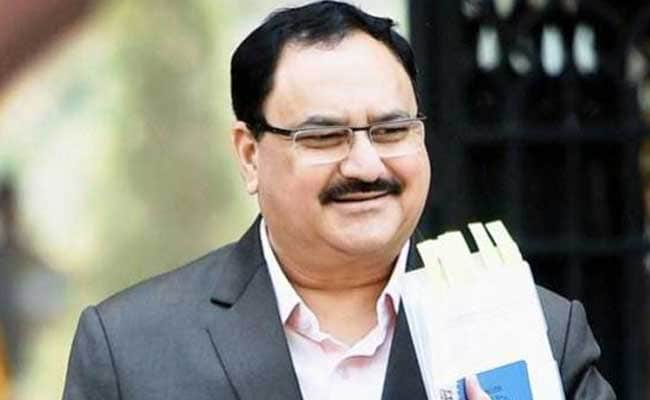 JP Nadda cautioned any attempt to overhaul the medical regulatory system in the country.

Lok Sabha on Monday passed the Indian Medical Council (Amendment) bill to allow a panel of eminent professionals to run the scam-tainted Medical Council of India (MCI), so that medical education can be regulated in the best manner.

The bill passed by the lower house seeks to replace an ordinance issued in this regard in September this year.

Piloting the bill, Health Minister Jagat Prakash Nadda said this bill supersedes MCI and the powers of the council have been vested in a Board of Governors (BoG).

The BoG have all eminent personalities and include directors of AIIMS and PGI, Chandigarh. This board will continue to perform till a Council is constituted, Mr Nadda said.

A separate bill to replace MCI with National Medical Commission is pending in Parliament.

"This bill has been issued so that medical education can be regulated in best manner, as MCI turned out to be massive failure," he said.

The Minister, while speaking on the bill, said the parliamentary panel on Health in its report also cautioned that any attempt to overhaul the medical regulatory system in the country will face huge challenges.

He suggested that government was forced to come up with this bill as the oversight committee formed by the government on suggestion of the Supreme Court resigned and the MCI could not function. Thereafter the government came with an ordinance.

Amid allegations of corruption against MCI office bearers and probes into opaque accreditation to medical colleges, the Supreme Court had in May 2016 directed the government to set up an oversight committee with the authority to oversee all statutory functions of MCI till the new legislation comes in.

Many of MCI members have been accused of taking bribes to fast-track accreditation.

In 2017, another Oversight Committee was set up with the approval of the Supreme Court after expiry of the one year term of the first panel. The second committee was chaired by Dr V K Paul and included eminent doctors including those from AIIMS (Delhi), PGI Chandigarh and NIMHANS.