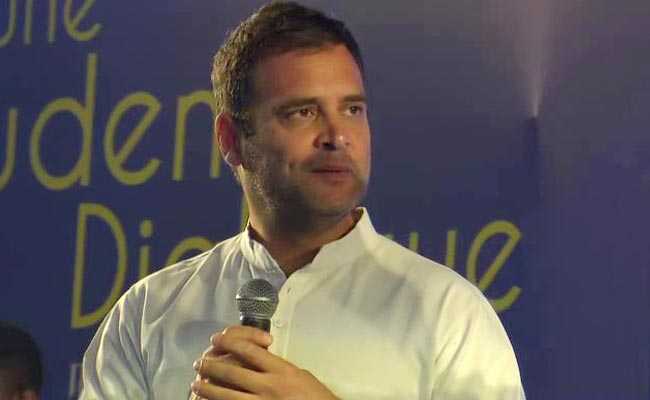 Congress Chief Rahul Gandhi, during his interaction with students in Pune, today talked about his growth as a political leader and said "my courage comes from experience".

He also spoke to the students on various issues including demonetisation, job loss, in an interaction moderated by RJ Malishka. With elections just a week away, he said in an assuring tone: "I don't make empty promises."

Here are the highlights of Rahul Gandhi's interaction with students in Pune: