Lok Sabha Elections 2019: PM Narendra Modi said Sharad Pawar is quite a big player (khiladi), who understands which way winds are blowing well before time. He will never do anything which would affect him or his family, he said. 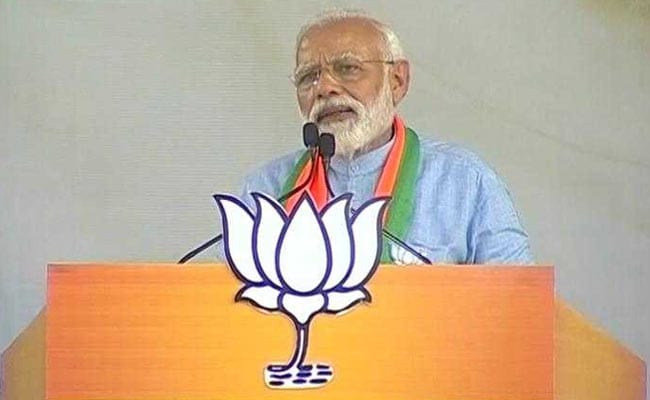 Elections 2019: PM Modi said Sharad Pawar will never do anything which would affect his family.

Prime Minister Narendra Modi on Wednesday said National Communist Party (NCP) chief Sharad Pawar is a wise man who is ahead of time in understanding which way the wind blows.

In an apparent reference to the Congress, the Prime Minister added that those sitting in Delhi AC rooms are unaware of the ground reality.

"Those sitting in Delhi in AC rooms and keeping a tab on things which will happen after who hugs who, after who shakes hands with who, after who looks at who, but don't know the ground reality. Now I know why Sharad Rao (Pawar) ran away from the battleground," he said.

"Sharad Pawar ji, who was the agriculture minister in the government, could have introduced new schemes for the welfare of the farmers. But he was more interested in running his sugar shops (mills), instead of improving the lives of farmers," he claimed.

The Prime Minister also hit out at Congress and its allies for calling all those with the surname "Modi" thieves, and said, "The Congress has been defaming me for several years over my backward community background. I am used to such bashing. Now, they are blaming the entire community while defaming me. If you dare to defame a community, I will not tolerate it," he said.

"Why label entire backward community thieves by calling me one," he added.

"They first called the "Chowkidar" a thief and when all Indians started calling themselves "Chowkidar", they sealed their lips," he added.

Urging public to vote in favour of the BJP in the ongoing Lok Sabha elections 2019, the Prime Minister, in his concluding statement, said that it is only his party that has the strength to carry the country forward.

"To run such a big country, it is imperative to have a strong leader. People of India gave me the absolute majority in 2014, which gave me immense strength to take big decisions for the welfare of the people, especially poor," he added.

Polling for the 48 Lok Sabha seats is being held in four phases in Maharashtra. Of these, seven seats went to polls on April 11.

Polling for Madha Lok Sabha seat will be held in the third phase of polling on April 23, while its neighbouring constituency Solapur will go to polls tomorrow.