Lok Sabha Elections 2019: "This is very disappointing that I was denied ticket despite the works I have done for the constituency as well as for the party and workers in five years," said Santosh Ahlawat, the only woman lawmaker from Rajasthan in last Lok Sabha 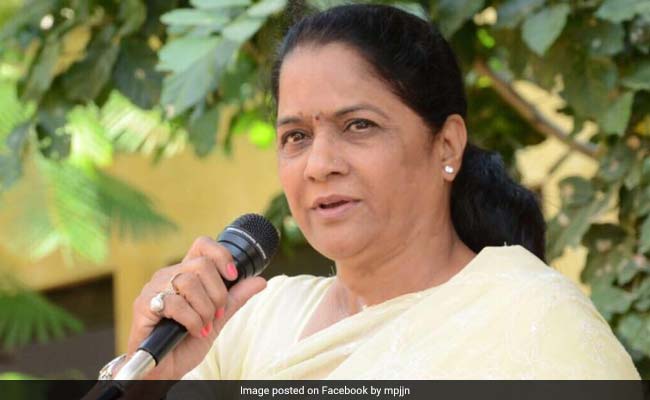 The only woman Member of Parliament or MP from Rajasthan in last Lok Sabha, Santosh Ahlawat, who was dropped by BJP in its first list of 16 out of total 25 candidates for upcoming parliamentary polls, has expressed anguish over the development saying the party "sidelined" her despite work done for the constituency and the party.

"This is very disappointing that I was denied ticket despite the works I have done for the constituency as well as for the party and workers in five years. I took keen interest in promoting and encouraging birth of girl child and girls' education and also got huge support from people and party workers but my name was dropped for no reason," Ms Ahlawat, the lawmaker from Rajasthan's Jhunjhunu, said.

"Development of four highways, opening of passport office besides several other works took place in my tenure. In 2011, I initiated a campaign for promoting girl child birth and after that the performance of the constituency in ''Beti Bachao Beti Padhao'' was remarkable and we got four awards for our performance," she said.

Ms Ahlawat claimed that the sex ratio which was 642 six years back has now reached 942 in Jhunjhunu as a result of her efforts.

"I am the only sitting woman MP in the state and worked for my constituency and people, yet the party did not consider me to retain on the seat. There is resentment among the party workers and supporters," she said.

However, she said she will not be contesting election as a rebel candidate if the party did not field her as its official candidate.

"I am working for the party for the last 35 years. It was a traditional Congress seat but BJP won it in 2014 with a high margin. In parliament, I raised numerous questions and several developmental works were started. I also represented India in an UN conference," she added.

The marriage of Ms Ahlawat's daughter caught attention last year when her daughter came the wedding venue in a horse chariot, something similar to a groom.

"It set a trend. In conservative society, steps like this are not common but I took initiatives to promote women and girls. Celebrations take place when a girl child is born in Jhunjhunu," she said.

A Jat leader, Ms Ahlawat had won 2013-assembly elections and was fielded by the party in 2014-Lok Sabha polls which she won with a margin of 2.33 lakh votes.

The party dropped her and gave a ticket to Narendra Khinchad. "It is the decision of the party," a senior BJP leader said.

Lok Sabha elections will be held in two phases in the state where 13 constituencies will go to poll on April 29 and remaining 12 seats on May 6.

Jhunjhunu, which has 19.24 lakh voters, is among 12 Lok Sabha constituencies which will go to poll in second phase on May 6.