Chandrababu Naidu's Telugu Desam Party has been demanding that use of EVMs should be done away with in the upcoming elections. 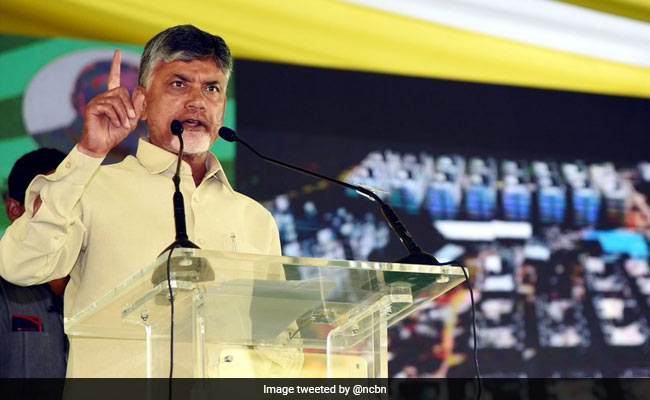 "Our talks with national parties have been successful," Chandrababu Naidu told party workers.

Andhra Pradesh Chief Minister N Chandrababu Naidu said today that some political parties including his TDP have decided to approach the Supreme Court against the use of Electronic Voting Machines (EVM). In his daily teleconference with party leaders, Mr Naidu said the decision was taken during a meeting of 15 non-BJP parties at Sharad Pawar's residence in New Delhi yesterday.

Mr Naidu's Telugu Desam Party has been demanding that use of EVMs should be done away with in the upcoming elections and that the Election Commission of India should revert to the old ballot paper system.

Chief Election Commissioner Sunil Arora, who was in Amaravati, couple of days ago, maintained that "most parties" reposed faith in EVMs and regretted that some were making the EVMs part of their "motivated slugfest".

Mr Naidu also told party workers that the opposition parties decided to forge a pre-election alliance and work with a common minimum programme. "There is a lot of antagonism towards Narendra Modi's rule across the country. Democracy will be in danger in the hands of incompetent people.

"Our talks with national parties have been successful," a press release quoted the TDP chief as saying. He, however, did not specify whether the TDP would enter into a pre-poll alliance with the Congress in Andhra Pradesh.

The Congress had already announced it would fight the Lok Sabha and the state Assembly elections, due in May, on its own.