Elections 2019 - "No Bed Tea...": Moon Moon Sen On Why She Was Unaware Of Asansol Violence

As clashes were reported from West Bengal's Asansol in the fourth round of voting today for the national election, Moon Moon Sen, the Trinamool Congress candidate in the seat, said she "hadn't heard anything" because she had woken up late. "They gave me my bed tea very late so I woke up very late. What can I say? I really don't know," Moon Moon Sen, a former actor-turned-politician, told NDTV.

Clashes erupted in some polling booths on Monday morning between workers of the BJP and Chief Minister Mamata Banerjee's Trinamool Congress.

The BJP candidate and Asansol's incumbent lawmaker Babul Supriyo alleged that Trinamool workers were taking over booths and not allowing people to vote. His car was also vandalized.

When it was pointed out that such violence had become prevalent during the election, Moon Moon Sen, 65, retorted: "You were too young to see when the Communists were in power. It is all over India, not just Bengal."

Dubbed the "giant-killer" in the last election, when she defeated a nine-time Left lawmaker in Bankura, the former actor said she was confident. "Trinamool has won the seat. Now let's see what happens."

She refused to speak on the Asansol riots last year over Ram Navami processions, which, according to some ground reports, left lingering divides in parts of the constituency. "I was not there during the riots," she protested. "...You have no idea how many meetings I've done. You have no idea how busy I have been..." 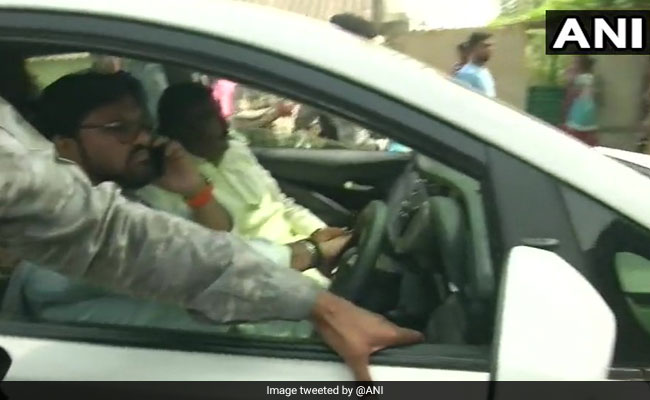 Lok Sabha Elections 2019: The vehicle of BJP candidate and Union Minister Babul Supriyo was vandalized outside a polling station in Asansol.

A question on Babul Supriyo and she again shut it down and walked off with a: "I don't want to hear his name. Bas (that's it)."

Among those who commented on her remarks was Jammu and Kashmir politician Omar Abdullah.

One of those mornings when you wish you could go back to bed & start afresh. https://t.co/QIhHTEzqSN

As her "bed tea" comment went viral, Moon Moon Sen explained that after a tough month of campaigning, she took the day off. "The day I don't have work, I am allowed to take a holiday, I can get up late so I got up at 10 am, did my breakfast and left at 11 am for my destination. That doesn't mean I am ignorant, that people are fighting and I am sipping tea in bed."