'Love vs Hate' in Penultimate Election Round In India: Foreign Media

Lok Sabha elections 2019: India's almost seven-week election, the biggest on Earth with Prime Minister Narendra Modi seeking a new term from the 900 million voters, wraps up next Sunday with results due on May 23 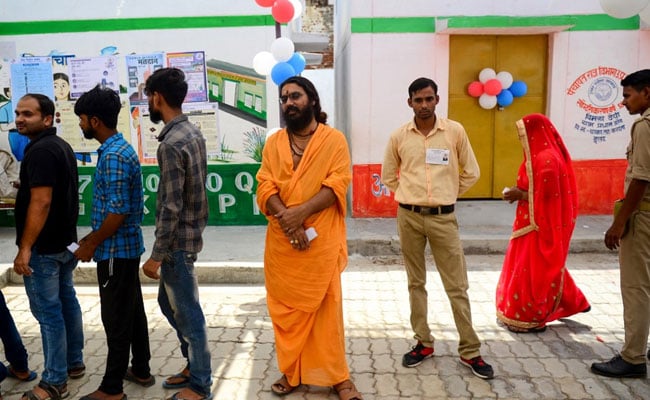 General elections 2019: 59 seats were up for grabs on Sunday on the sixth voting day

Tens of millions voted today in the penultimate round of India's increasingly bad-tempered election, with all eyes on New Delhi after an ugly campaign of slaps and savage pamphlets.

The country's almost seven-week election, the biggest on Earth with Prime Minister Narendra Modi seeking a new term from the 900 million voters, wraps up next Sunday with results due on May 23.

PM Modi has sought to deflect opposition attacks on his economic record by striking a fiercely patriotic tone following February's bust-up with Pakistan, portraying himself as India's "chowkidar" or "watchman".

He has also sought to turn the tables on corruption allegations levelled by Congress chief Rahul Gandhi with claims that Rahul Gandhi's assassinated father Rajiv Gandhi used a Navy ship for a family holiday in 1988.

"Narendra Modi used hate and we used love and I think love is about to win (this election). We will respect whatever people decide," Rahul Gandhi, 48, told reporters as he voted in Delhi on Sunday.

Fifty-nine seats were up for grabs across the country of 1.3 billion people on Sunday on the sixth voting day, with just over 100 million eligible to cast ballots.

The tussle for Delhi is front and centre, with all eyes on chief minister Arvind Kejriwal, whose Aam Aadmi Party (AAP) was formed seven years ago on an anti-corruption platform.

It has since taken control of Delhi government and is fighting to add to its four seats in the lower house of parliament.

"More schools need to be built," said Delhi voter Purvek Shah. "And my other big concern is air pollution in Delhi. We see that Delhi has one of the worst pollution levels."

Mr Kejriwal, a tax commissioner turned campaigner, has been fighting continuously in the rough-and-tumble political bullring. Since 2013 and his first term as Delhi chief minister, the 50-year-old has been the target of at least seven attacks, including when his car was set upon by a mob with iron rods.

In November his face was smeared with chilli powder inside the Delhi government building. Last week a man climbed onto the open top car Mr Kejriwal was campaigning in and slapped him. 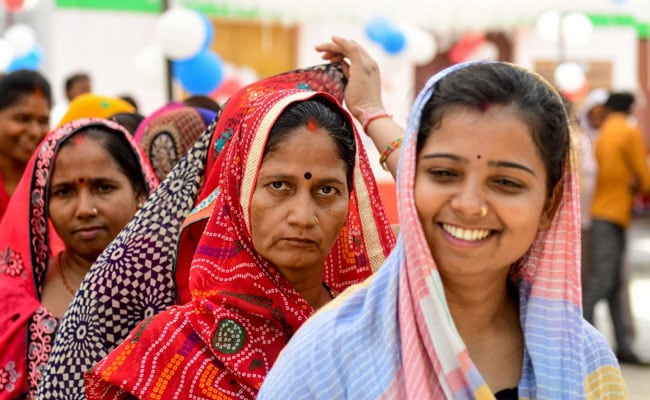 Both Atishi and Mr Kejriwal accused Gautam Gambhir, former international cricketer and candidate for the BJP, of being behind the pamphlet. He vociferously denied it.

"People of Delhi have been fooled by a bunch of no-gooders who promised a new kind of politics. But they have become synonymous with anarchy and obstructionism," PM Modi said at a rally in Delhi on Wednesday.

The state - home to some 90 million people - has long been a hotbed of political violence, and authorities on Sunday drafted in tens of thousands of extra security forces.

At least one of the state's constituencies is in an area prone to attacks by Maoists, who on May 1 killed 15 policemen and their driver in Maharashtra.

"We are scared to cast our votes because of violence," Sabita Mondal, a voter of Ghatal constituency, told AFP by telephone, "Many voters preferred to stay indoor fearing troubles."

"I was pushed and assaulted by some women supporters of the Trinamool Congress when I went to polling booth in my constituency," Ms Ghosh said.

The internet has also been a key arena in the election, with all parties, particularly the BJP, devoting major resources to social media - including through fake news, experts say.

Police in recent days detained a BJP activist after she posted a meme superimposing Ms Banerjee's head on a picture of actor Priyanka Chopra at the Met Gala in New York.