Lok Sabha Elections 2019: KCR had met Mamata Banerjee on January 10 as part of his efforts towards forging a ''non-Congress, non-BJP'' federal front of regional parties.

Jaganmohan Reddy is the Leader of Opposition in the Andhra Pradesh assembly.

These are the first direct talks between the leaders since KCR floated the idea of a front as an alternative to both the ruling BJP and the Congress.

Since he took over as chief minister for a second straight term after his party's victory in last month's elections, KCR has amped up his efforts towards a Federal Front for the national polls due by May. 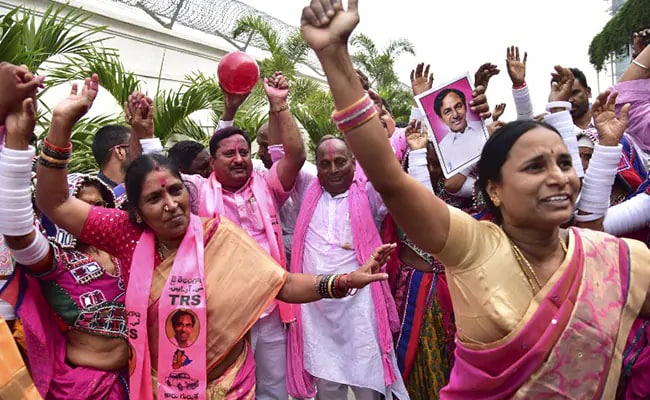 Since he took over as chief minister for a second straight term after his party's victory in last month's elections, KCR has amped up his efforts towards a Federal Front for the national polls due by May.

The TRS is believed to have discussed with Jagan the possibility of working together in Andhra Pradesh to defeat a common enemy - Chief Minister N Chandrababu Naidu and his Telugu Desam Party (TDP).

Jagan, who recently completed a 3,650-km foot march in Andhra Pradesh, told NDTV that he looks upon KCR and his party as "great friends" of Andhra Pradesh.

"KCR and his daughter MP Kavitha have also spoken in favour of Special Category Status for Andhra Pradesh," Jagan told NDTV. He said he was targeting Andhra Pradesh's 25 seats and along with 17 lawmakers in Telangana, they would be able to get New Delhi to listen to them.

Jagan also said he would support anyone willing to grant Andhra Pradesh special category status, which will entitle the state to more funds from the centre. That is a big issue in the state and Jagan's campaign has mainly highlighted TDP and Chandrababu Naidu as the villain of the piece for getting Andhra a raw deal despite being an ally of the ruling BJP. Mr Naidu left the BJP-led alliance in March last year.

KCR had last month talked about a "return gift" after the Andhra chief minister campaigned extensively for the Telangana election.

The Congress-Naidu alliance failed to make an impact in Telangana and KCR was re-elected after his party won 88 seats in the 119-memer assembly. The Congress won 19 seats.