Lok Sabha elections 2019: Jyotiraditya Scindia, who was recently persuaded by Rahul Gandhi to give up his claim to the post of Madhya Pradesh chief minister, will be in charge of western Uttar Pradesh 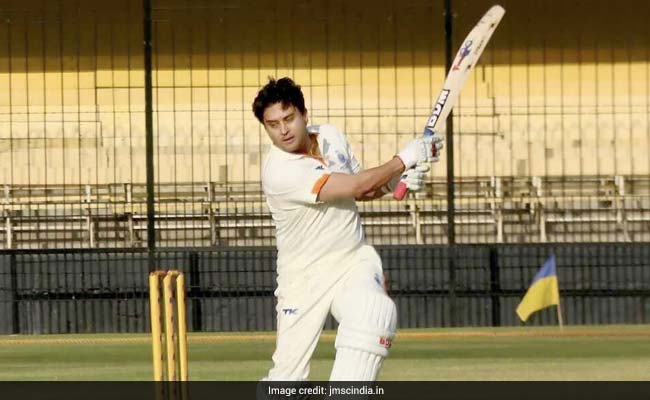 Jyotiraditya Scindia enjoyed a game of cricket at his constituency in Madhya Pradesh on a day he scored a sixer in politics, scooping the job of overseeing the Congress campaign in Uttar Pradesh for the upcoming national election along with Priyanka Gandhi, as general secretary.

Priyanka Gandhi, in her political debut, will be in charge of eastern Uttar Pradesh, home to the constituencies of two BJP stars - Prime Minister Narendra Modi and Chief Minister Yogi Adityanath.

Jyotiraditya Scindia, who was recently persuaded by party chief Rahul Gandhi to give up his claim to the post of Madhya Pradesh chief minister, will be in charge of western UP.

In the middle of massive buzz, Mr Scindia, 48, tweeted a video of his cricket interlude.

"At All India Cricket Tournament, enjoyed batting at the insistence of young players," Mr Scindia commented.

Videos show Mr Scindia managing some big hits with the bat, surrounded by applauding party workers. The politician is a former chief of the Madhya Pradesh Cricket Association.

The Congress leader, a former union minister, is a four-time parliamentarian from Guna. It was one of the few constituencies that the BJP did not win in the Modi sweep of 2014.

After Wednesday's big Congress announcement, Mr Scindia tweeted: "I thank Congress president Rahul Gandhi, who has shown faith in me. I will work to the best of my ability to strengthen the party in western Uttar Pradesh."

Rahul Gandhi told reporters that his sister and Jyotiraditya Scindia had been given a mission in UP that goes beyond the national election, due by May.