Lok Sabha elections: A total of 674 candidates are contesting in the phase five and nearly 8 crore 75 lakh people are eligible to vote in the seven states - Bihar, Jammu and Kashmir, Jharkhand, Madhya Pradesh, Rajasthan, Uttar Pradesh and West Bengal. 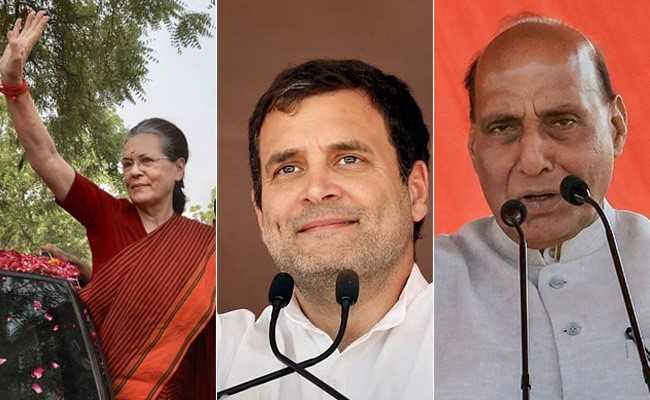 A total of 674 candidates are contesting in the phase five and nearly 8 crore 75 lakh people are eligible to vote in the seven states - Bihar, Jammu and Kashmir, Jharkhand, Madhya Pradesh, Rajasthan, Uttar Pradesh and West Bengal. Over 96 thousand polling booths have been set up in 51 constituencies.

Home Minister Rajnath Singh is seeking a second term from Lucknow, a seat that the BJP has been winning since 1991. BJP patriarch Atal Bihari Vajpayee represented the constituency for five consecutive terms between 1991 and 2009. In 2009, Lalji Tandon, who is now the governor of Bihar, was elected to the Lok Sabha from Lucknow. Four-time Lok Sabha member Rajnath Singh, who won in 2004 from western Uttar Pradesh's Ghaziabad, took over the UP capital in 2014.

Challenging Rajnath Singh is gathbandan candidate Poonam Sinha, wife of actor-turned politician Shatrughan Sinha. Poonam Sinha, an actor herself, joined the Samajwadi Party last month nearly a week after her husband quit the BJP over differences and joined the Congress.

Congress, which has been excluded from the SP-BSP-RLD gathbandan in UP, then declared self-styled spiritual guru Acharya Pramod Krishnam as its candidate from Lucknow, but that didn't stop Shatrughan Sinha from campaigning for his wife.

Acharya Pramod Krishnam, who runs an ashram in Sambhal, made headlines in 2015 when he equated Prime Minister Narendra Modi with the Indian Mujahideen and blamed him for "growing intolerance" in the country. He had earlier launched a party called the Hindustan United Movement before he contested the 2014 elections as a Congress candidate from Sambhal and lost.

This is the second time that BJP's Smriti Irani is challenging Congress chief Rahul Gandhi in Amethi, a constituency that Mr Gandhi has been representing since the last 14 years. Amethi has traditionally been a Congress bastion where the party has lost only two Lok Sabha elections - in 1977 and 1998. In 1977, Janata Party candidate Ravindra Pratap Singh had defeated Sanjay Gandhi, son of then prime minister Indira Gandhi. BJP nominee and scion of Amethi royal estate Sanjay Singh defeated Congress candidate and former Union minister Captain Satish Sharma in 1998.

In 2014, Rahul Gandhi had defeated Union Minister Smriti Irani by a margin of over 1 lakh votes. Over the last five years, Smriti Irani has repeatedly tried to highlight Congress chief's neglect of the constituency. The BJP-ruled central government has launched several projects here like the assault rifle manufacturing unit for which the foundation stone was laid last month by PM Modi.

Besides Amethi, Rahul Gandhi is also contesting from Kerala's Wayanad. Mr Gandhi, who has been attacked by the BJP over contesting from two seats, said he decided to contest from south India to make a point that the voice of south was as "important" as rest of the country.

Sonia Gandhi, the longest serving president of Congress, is seeking reelection from Raebareily for the fifth term. The BJP has fielded a former Congressman, Dinesh Singh Pratap, against the UPA chairperson on the seat she has held since 2004. The local strongman was elected to the state legislative council for the second time in 2016. He left the Congress last year. 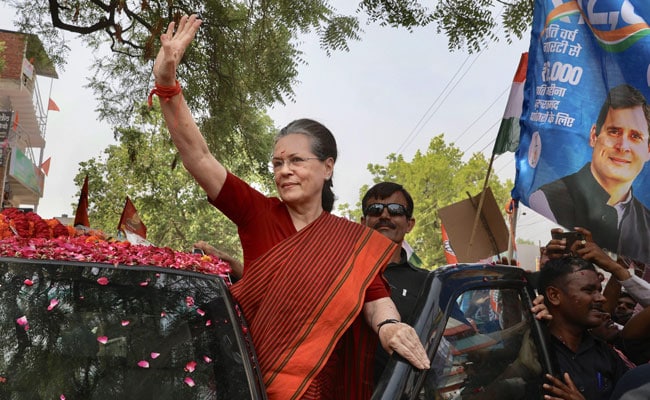 The SP-BSP-RLD alliance in Uttar Pradesh, which left Congress out of the equation, is not contesting the Nehru-Gandhi strongholds - Raebareli and Amethi. In a strong message of unity, however, Bahujan Samaj Party chief Mayawati on Sunday said: "I am confident that every single vote from our gathbandhan, under any condition, will go to the two Congress leaders (from Amethi and Raebareli)".

It's a clash of two former Olympians in Jaipur Rural. Union Minister Rajyavardhan Singh Rathore, who won this Lok Sabha seat in 2014, has been again fielded by the BJP here. Challenging him is Congress candidate Krishna Poonia who won last year's Rajasthan assembly election from Sadulpur after a loss in the previous election.

On her contest against Mr Rathore, Krishna Poonia had said last month that "it is a fight to save democracy". "Our fight is not that of athletes. This is a fight to save democracy. There is a need to take up the issues of the youth, farmers and women," she told NDTV. "The BJP only makes promises.... When the nation's money was being looted, why were the chowkidars (watchmen) sleeping?" she had said. Krishna Poonia became the first Indian woman track-and-field athlete to win a gold medal at the 2010 Delhi Commonwealth Games.

Rajyavardhan Rathore, on the other hand, has won 25 medals at various international championships. He won a silver medal for India at the 2004 Athens Olympics and gold at the Commonwealth Games at Manchester in 2002 and Melbourne in 2006.

Both the candidates entered politics in 2013.

In West Bengal's Barackpore, it's a face-off between Trinamool candidate and former railway minister Dinesh Trivedi and his ex-election manager and BJP candidate Arjun Singh. But both the candidates are confident of winning the Lok Sabha seat.

"People will ensure victory of the pen over pistols. No one will vote for a mafia don who was slapped with almost all sections of Indian Penal Code. Elections are for development and people will vote us for the development works undertaken by Trinamool government and its local team," Mr Trivedi was quoted as saying by news agency IANS.

Mr Singh, who left Trinamool Congress in March, has said Dinesh Trivedi is not popular in Barackpore. "I am 200 per cent sure of winning this election because Trinamool has fielded Trivedi from my constituency. He is not popular here. People hardly know him. When I was in Trinamool, I ensured his victory. I think he will come third this time. CPI-M will be second," he told IANS. He was a key Trinamool functionary in-charge of Trivedi's election from the seat in 2014. 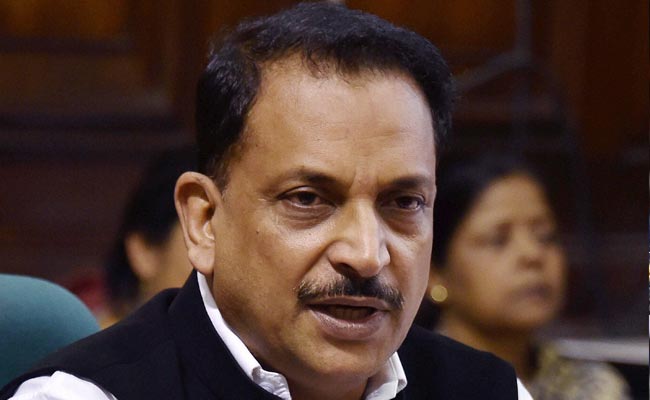 This time, the RJD has fielded ex-state minister Chandrika Rai. However, Tej Pratap Yadav, RJD chief's son, has been campaigning against his party urging people not to vote for Chandrika Rai, his father-in-law.

Rajiv Pratap Rudy had joined the BJP in the 1990s and after winning the now abolished Chhapra Lok Sabha seat in 1999, he was made a minister in the government headed by Atal Bihari Vajpayee. In 2014, he was among six union ministers asked to quit the Modi government after they were rated as under-performers in a review conducted by Prime Minister Narendra Modi and BJP president Amit Shah.