Congress leader Gaurav Gogoi said there was little chance of his party tying up with the Trinamool Congress after this development. 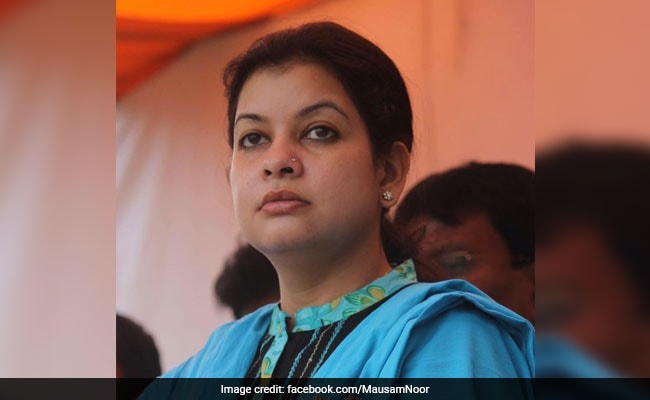 Mausam Noor said she joined the Trinamool Congress to "strengthen forces" against the BJP.

The formation of a formidable anti-BJP alliance ahead of the Lok Sabha elections has hit another hurdle, with Congress leader Gaurav Gogoi slamming the Mamata Banerjee-led Trinamool Congress for inducting a prominent party member into its fold in West Bengal. "Mausam Noor's exit from the Congress is disappointing. Although the Trinamool Congress talks about opposition unity, it is instead helping the BJP," Mr Gogoi said, adding that there was little chance of the two parties tying up after this development.

The 39-year-old parliamentarian from Malda (North) had joined the Trinamool Congress in the presence of Chief Minister Mamata Banerjee at the state secretariat yesterday. The niece of celebrated Congress leader ABA Ghani Khan Choudhury, Ms Noor has been appointed as the general secretary of the Trinamool Congress.

The two-time parliamentarian said she took the step to "strengthen forces" that can defeat the BJP in West Bengal. "I am inspired by Didi (Mamata). I will work under her guidance for the development of the state. We have to fight against the BJP and I am quite confident that the Trinamool Congress will win all 42 seats in West Bengal in the coming Lok Sabha elections," Ms Noor told reporters.

She also asked her maternal uncle, Abu Hasem Khan Choudhury, and his son, Isha Khan Choudhury, to switch over from the Congress to the ruling party like her.  However, both said they will not follow in Ms Noor's footsteps.

Congress Rajya Sabha parliamentarian Pradeep Bhattacharya played down Ms Noor's exit, saying that it was not a setback for the party because it depends more on party workers than specific leaders. "People might feel this is a bad thing for the Congress, but people like us -- who understand the party -- know that it does not depend just on leaders but workers. Our party workers have not switched allegiances. There will be no setback for the party as long as they are here," he said.

Mr Bhattacharya said he didn't know the reason for Ms Noor jumping ship. "We asked her if she has something to say, but she never said anything. I hope she reconsiders her decision," he told news agency ANI.

A few days ago, reports had suggested that the Congress may decide to go solo in the eastern state. The Bengal Congress wants no truck with Ms Banerjee's party, although it had sent two representatives -- Abhishek Manu Singhvi and Mallikarjun Kharge -- to her recent mega-opposition unity show in Kolkata. For the Trinamool, an alliance with the Congress would be a burden because that would mean having to share seats it can potentially win on it own.

Malda district, situated in North Bengal, remained a Congress stronghold despite the Trinamool Congress gaining strength across the state over the last decade. Several attempts by the ruling party to dislodge the two Congress parliamentarians in the district had gone in vain. The BJP is also eyeing Malda, with party president Amit Shah holding his first election rally in the district last week.

ABA Ghani Khan Choudhury was a prominent political leader in the state, having served as the Union Railways Minister from 1982 to 1989. He also held the Malda constituency in the Lok Sabha from 1980 to 2004. He died in April 2006.