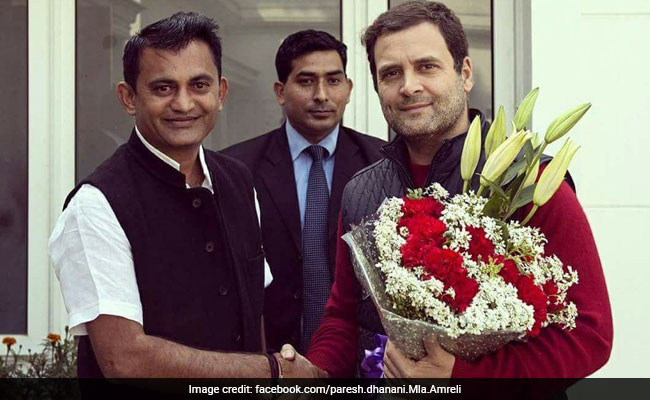 Leader of Opposition in the Gujarat Assembly Paresh Dhanani on Wednesday filed his nomination to contest the upcoming Lok Sabha poll from Amreli constituency on the Congress' ticket.

After filing his nomination, Mr Dhanani expressed confidence of winning the Lok Sabha seat this time.

"I thank the party leadership for selecting me from the Amreli Lok Sabha seat. The country is facing many problems and the solution is to change the regime," he said.

A Congress source said the state party leadership wants senior leaders like Ahmed Patel, Shaktisinh Gohil and state president Amit Chavda to also contest the elections to give a tough fight to the BJP in Gujarat.

Mr Kachhadia, a two-term BJP lawmaker who won the Amreli seat in 2014 by a margin of over 1.5 lakh votes, filed his nomination earlier this week and expressed confidence of winning the election.

This time, polling will be held in all the seats on April 23 and the results will be declared on May 23.