Asaduddin Owaisi Has Assets Worth Rs 13 Crores, Owns No Car

The 49-year-old leader owns no agricultural or non-agricultural land or commercial building, only residential properties. 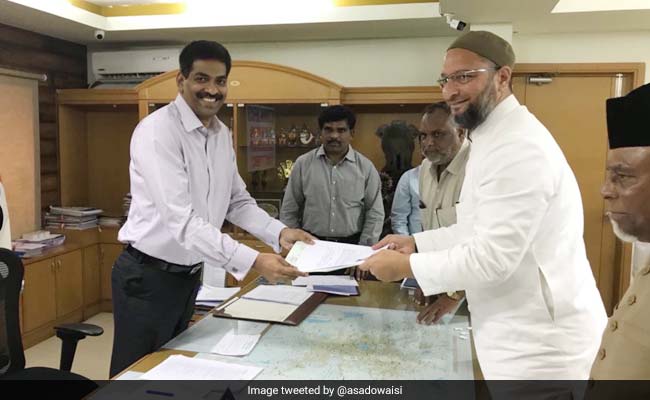 Mr Owaisi, who is seeking re-election for a fourth consecutive term, also declared that his liabilities stand at Rs 9.30 crore, including a Rs 5 crore-loan taken from younger brother Akbaruddin Owaisi. His income during 2017-18 was Rs 10 lakh, down from Rs 13.33 lakh in the previous year.

The 49-year-old leader owns no agricultural or non-agricultural land or commercial building. His residential buildings include a house at Shastripuram, where he lives. He owns another house worth Rs 60 lakh. He also has a share in an apartment in New Delhi.

The declaration also mentions that there are five criminal cases pending against him with charges framed in respect to one case. He declared that he was not convicted for any criminal offence.