Lok Sabha Elections 2019: The Shiromani Akali Dal or SAD will fight on 10 and the BJP on three seats, Amit Shah said. 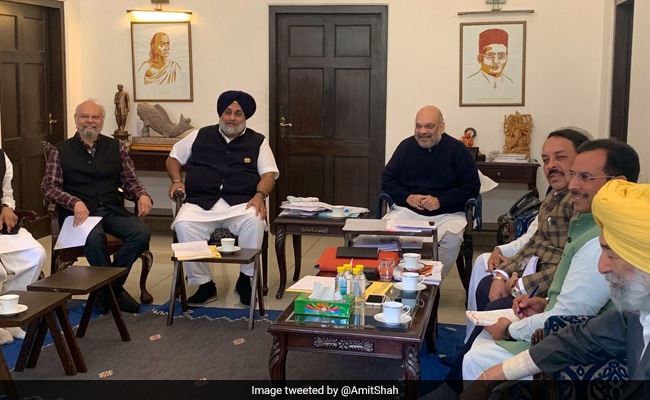 BJP president Amit Shah Thursday announced that his party and its old ally the Akali Dal will fight the Lok Sabha polls together and contest on the same number of seats in Punjab as in the 2014 general elections.

The SAD will fight on 10 and the BJP on three seats, he said.

"SAD-BJP alliance with fight the 2019 Lok Sabha elections together. Their seats will remain the same as they were in 2014. SAD will contest on 10 seats and the BJP on three," Mr Shah tweeted.

He made the announcement after a meeting with Shiromani Akali Dal president Sukhbir Singh Badal.