Mehbooba Mufti, while replying to a debate in the state assembly on the AFSPA, had ruled out revoking the controversial Act in the state "due to the prevailing situation". 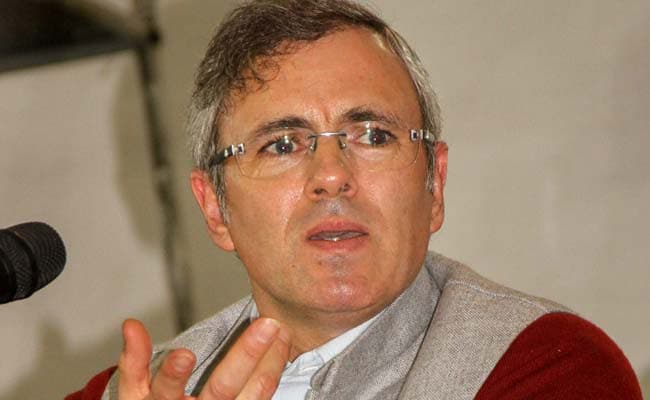 He also accused Mehbooba Mufti's Peoples Democratic Party (PDP) and Amit Shah of "lying" about the controversial Act which gives special powers to the armed forces.

"Why are @AmitShah & the PDP lying to people about AFSPA? PDP has no intention of doing anything with AFSPA and BJP didn't break the coalition because of AFSPA. This is from Ms Mufti's Assembly speech as CM in February 2018," Mr Abdullah said in a tweet.

The National Conference vice president was reacting to BJP president Amit Shah's claim that his party ended the alliance with PDP in Jammu and Kashmir last year due to PDP''s demand for revocation of the AFSPA.

At an election rally Wednesday, the BJP chief said the party brought down its government in J&K when the pressure came on it to dilute the AFSPA.

"We kicked the chair. We left the government on the AFSPA. The Congress and its leaders should be ashamed of what they have announced, " he said.

Mr Abdullah shared a link to a media report about Mufti's speech in the assembly on the issue of AFSPA revocation.

Ms Mufti, while replying to a debate in the state assembly on the AFSPA, had ruled out revoking the controversial Act in the state "due to the prevailing situation".

She also said the Army's footprint in the Valley had increased due to the deteriorating security situation.

"The Indian Army is the most disciplined force in the world. It was instrumental in bettering the security situation... that is the reason we are here today... They have made huge sacrifices," she had then said.