Violence was reported from parts of Bengal, even before the polling started, as a middle-aged BJP activist was killed in Jhargram, Bengal's tribal heartland. 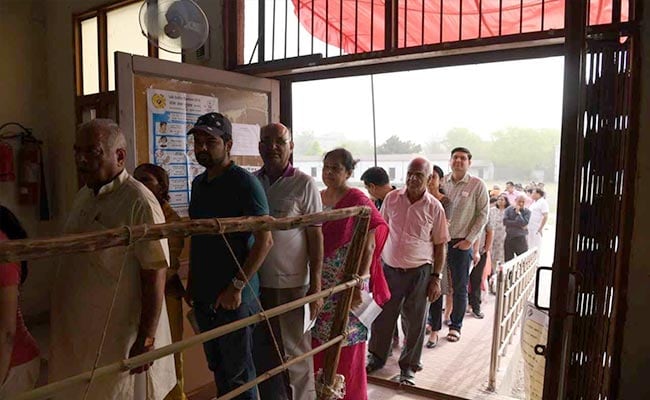 Over 16 per cent people voted across eight Lok Sabha constituencies in West Bengal on Sunday where polling for the sixth phase of the Lok Sabha election was underway amid reports of violence that left a BJP activist dead.

For the Bharatiya Janata Party (BJP), which is aiming to make it big in Bengal this time, the sixth phase is perhaps the most crucial. It includes four constituencies with sizeable tribal population.

Violence was reported from parts of Bengal, even before the polling started, as a middle-aged BJP activist was killed in Jhargram, Bengal's tribal heartland.

Ramen Singh (30) from Jhargram constituency's Gopiballabpur sustained a grievous head injury after being hit with an iron rod. He was rushed to a hospital where he was declared dead, police said.

In East Midnapore district's Kanthi, shots were fired by unidentified assailants injuring at least two persons, who were rushed to a hospital in Kolkata.

At least four Trinamool Party activists had to be hospitalized after being attacked with sharp weapons allegedly by BJP supporters. The condition of one person was critical.

Meanwhile, a number of saffron party supporters got injured in the constituency's Datan area following a clash with Trinamool workers.

BJP candidate from West Midnapore district's Ghatal and former IPS officer Bharati Ghosh was stopped from entering a polling booth by a group of women Trinamool Congress workers who accused her of influencing the voters.

Ms Ghosh accused the ruling party of organised violence and demanded that the offenders be immediately arrested.

Later, bricks were pelted on her convoy near Keshpur, injuring one of her security guards.

Ms Ghosh alleged she was also assaulted by the agitating Trinamool supporters.

A total of 770 companies of central forces have been deployed in the state's tribal heartland as well as the seats in Junglemahal, once a hotbed of Maoists.

According to an analysis done by the West Bengal Election Watch and Association for Democratic Reforms, 16 candidates have assets worth over Rs 1 crore and 28 declared criminal cases against themselves.

The seventh and final phase of polling in the state will be held on May 19. The votes will be counted on May 23.