Election Results 2019: Candidate Credits Facebook For Getting Over A Lakh Votes In Kashmir

Lok Sabha Election Results 2019 Engineer Rashid had a simple style of campaigning in Baramulla. A message on Facebook announcing the schedule for his election meetings 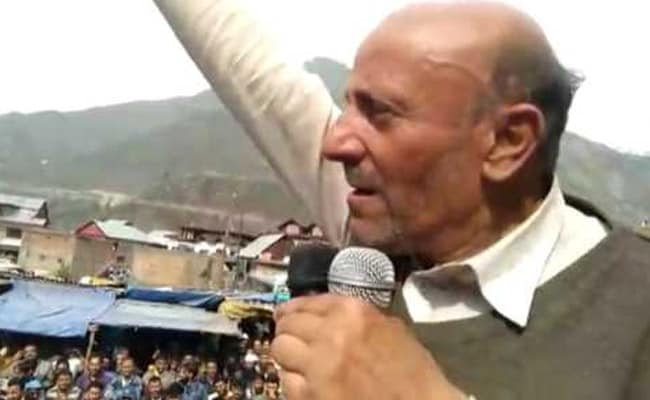 Engineer Rashid contested as an independant candidate from Jammu and Kashmir's Baramulla.

He ran the election campaign on his Facebook page and surprised everyone with over 1 lakh votes in his kitty. Engineer Rashid, an independent candidate from Jammu and Kashmir's Baramulla constituency has become a challenger to regional parties in the Valley.

"I'm extremely thankful to Facebook. Without Facebook, it was impossible for me to connect with people and ask for votes. Reaching everywhere across three districts of north Kashmir was not possible. I had no money for campaigning. Facebook became an effective medium," said Engineer Rashid.

His effective use of social media had a major influence on the youth, service voters (security forces) and women. Out of 3,500 services votes in the constituency, Mr Rashid has got 1,491 votes.

"I always talk about cessation of hostilities in Kashmir and the resolution of conflict through peaceful engagement. I want no mother to lose her son. I want no soldier to die, no militant should die. It has a resonance among the security forces and they have overwhelmingly voted for me," he said.

Mr Rashid had a simple style of campaigning. A message on Facebook announcing the schedule for his election meetings. He would travel in his Scorpio SUV without any security and reach remote villages. Regardless of the size of crowd, the former legislator would start his speech and livestream it on Facebook. He says on an average, over 60,000 people would see his speeches and thousands would comment on it.

Engineer Rashid, the leader of lesser-known Awami Ittehad Party (AIP), says he had never imagined that he will emerge as the main challenger to powerful regional parties.

"I had no resources, no party structure, not even polling agents at many places. Yet, people voted for me in large numbers. Over 1.02 lakh votes. It's the equal number of votes the People's Conference has got after using massive resources in the election," he said.

While Mr Rashid lost the election, he says the use of social media for canvassing has given him confidence that he can run a poll campaign and take on powerful opponents without money power.

Mr Rashid uses the "common man" image and moves without any security cover to connect with voters in hard-to-reach villages where other politicians find it difficult to go. He also carried out night campaigning, which is unheard of in Jammu and Kashmir because of fear of terror attacks.

"My people are my best protection. I campaigned everywhere without any security cover," he said.

The politician regrets frequent internet shutdowns in Kashmir, which he believes caused considerable setback to his campaigning.