This is not the first time Rahul Gandhi has sought 15 minutes for a one-on-one debate with the Prime Minister. 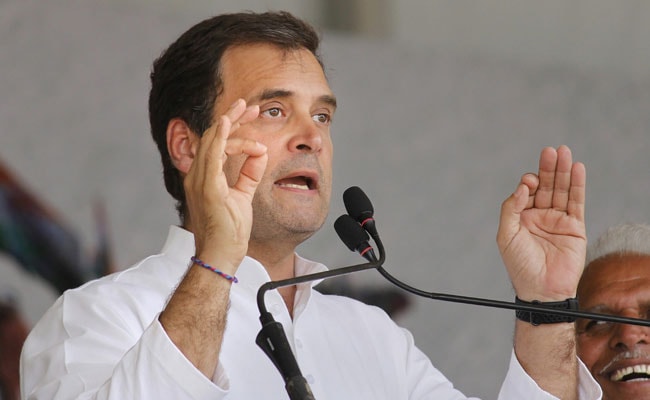 Congress President Rahul Gandhi has claimed it would take him 15 minutes to make Prime Minister Narendra Modi lose face in a debate. He said at a rally in Punjab that the PM didn't debate with him as he was scared of him.

"I have challenged PM Modi to a debate. I can have it anywhere he wants to, be it the Race Course Road or Parliament house. I will only speak for fifteen minutes and he can speak for three hours but after those fifteen minutes, he will lose his face. He doesn't debate with me because he is scared," was quoted by news agency ANI as saying.

This is not the first time Mr Gandhi has sought 15 minutes for a one-on-one debate with the Prime Minister. Last year, Mr Gandhi had said the PM was travelling all over the world but had no time for the Lok Sabha. "15 minute de dein, khare nahin ho payenge Lok Sabha mein (He will not be able to face the Lok Sabha even for 15 minutes, he will not be able to answer our queries)," he had added.

A high-intensity verbal duel has been on between PM Modi and his principal opponent Rahul Gandhi of late. The PM, in a controversial comment, had called Mr Gandhi's late father Rajiv Gandhi "corrupt number 1". Mr Gandhi in reply offered "love" and "hugs" to PM Modi.

All 13 Lok Sabha seats of Punjab will be going to polls on May 19 in the Seventh phase of general elections. The counting will take place on May 23.