The remarks came on a day Mr Naidu, the Telugu Desam Party chief, held a closed door discussion with Ms Banerjee at Kharagpur on future plans of the Mahagathbandhan. 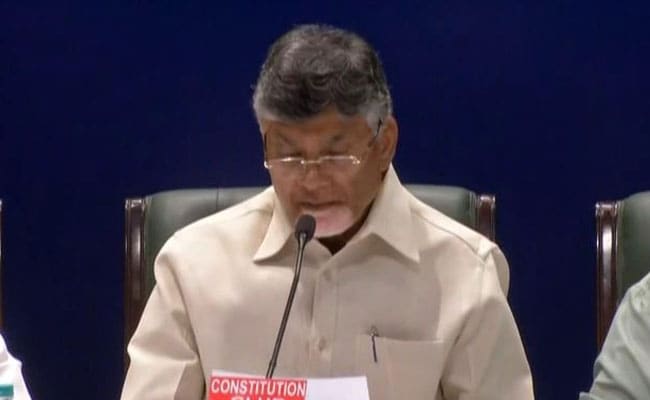 The remarks came on a day Mr Naidu, the Telugu Desam Party chief, held a closed door discussion with Ms Banerjee at Kharagpur on future plans of the Mahagathbandhan (grand alliance) on Thursday.

Reacting strongly, the BJP said Mr Naidu is "suffering from mental illness" and he was making such statements out of fear of losing the elections.

The Telugu Desam Party in a tweet on Thursday night said "Naidu has severely criticised PM Narendra Modi again, this time from West Bengal soil (at a public meeting at Kharagpur). He described Narendra Modi as Mahishasura and Mamata Banerjee as Bengal Durga."

"He said Bengal Durga has to defeat Mahishasura (Modi) in Delhi to bring peace and prosperity to the country," the party said on its official twitter handle.

In Hindu mythology, Mahishasura was ultimately killed by Goddess Durga.

"Considering himself as an emperor and with an aim to control regional states, Narendra Modi and his soul Amit Shah are supporting an hardcore economic offender in AP," the tweet said.

"He does not understand what he talks. None has taken up negative campaign against Modi as much as Naidu has done. He is making such comments out of fear of losing elections," Lakshminarayana told PTI.

"He (Naidu) is "suffering from mental illness," he added.

The meeting between Ms Banerjee and Ms Naidu took place for over 15 minutes late Thursday evening, according to a well-placed source in the Trinamool Congress.

The two leaders met and spoke about the future plans of the Mahagatbandhan.