How to Vote in India: On clicking on the doodle, the search takes you to a "How to vote" page that elaborates the voting process for the general elections. 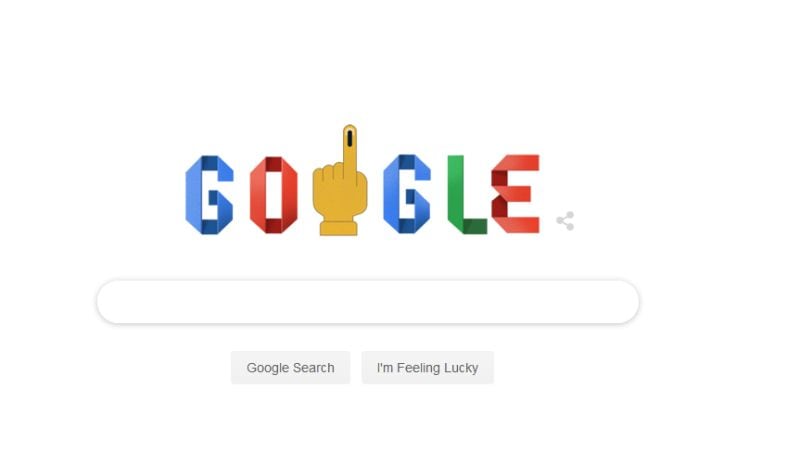 How to Vote India: Google dedicated its doodle to mark sixth phase of polling of Lok Sabha elections.

Google dedicated its doodle to the ongoing seven-phase general elections in India to mark the sixth phase of polling today as part of its "How to vote India" campaign. The election is spread over seven phases in total, with the first five phases of voting held on April 11, April 18, April 23, April 29 and May 6. Phase 6 of the Lok Sabha Election will see six states-- Bihar, Haryana, Madhya Pradesh, Uttar Pradesh, West Bengal, Jharkhand, and Delhi-- going to polls today, with the fate of 979 candidates contesting for 59 seats hanging in the balance.

The Google Doodle, like on the first five phases of the Lok Sabha election, is marked by a closed fist with the index finger held up. The nail has a black mark-- the iconic post-vote finger-- indicating a vote has been cast.

On clicking on the doodle, the search takes you to a "How to vote" page that elaborates the voting process for the Indian general elections.