The ashes of Rajiv Gandhi, former Prime Minister and Rahul Gandhi's father, were immersed in a stream in Wayanad in 1991 after he was assassinated 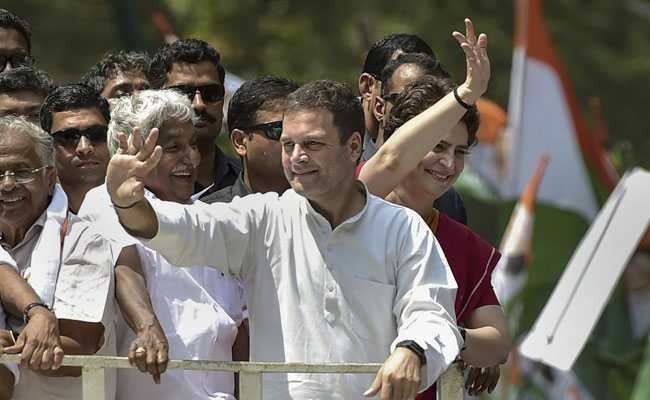 Election 2019: Rahul Gandhi at a roadshow in Wayanad

Congress President Rahul Gandhi today filed his nomination from Kerala's Wayanad, the second seat he will be contesting the national election from. But apart from political strategy to give him an edge in the polls, an emotional link may also have been a factor behind Mr Gandhi choosing Wayanad besides his family bastion Amethi.

The ashes of Rajiv Gandhi, former Prime Minister and Rahul Gandhi's father, were immersed in a stream in Wayanad in 1991 after he was assassinated, Congress leader Ramesh Chennithala said.

"The then chief minister K Karunakaran, myself, Mullappally Ramachandran and K C Venugopal had attended the ritual of immersing the ashes of Rajiv-ji in Papanasini," the Leader of Opposition in the Kerala Assembly told news agency Press Trust of India.

Rajiv Gandhi's ashes were immersed in a stream called Papanasini, which translates to "destroyer of sins". The stream is connected to a famous temple in the picturesque Thirunelli village that is dedicated to Lord Mahavishnu. The shrine, surrounded by the Kambamala, Karimala and Varadiga peaks, is shielded with 30 granite columns and the ground is paved with huge square pieces of granite. The temple embodies traditional Kerala architecture

Rajiv Gandhi was assassinated in a suicide bomb blast in Tamil Nadu's Sriperumbudur on May 21, 1991, while campaigning for an election.

Rahul Gandhi is likely to offer prayers at Thirunelli when he visits Wayanad next, Congress leaders indicated.

Rahul Gandhi, accompanied by his sister Priyanka and senior Congress leaders like KC Venugopal, filed his nomination in Wayanad today.

Rahul Gandhi had said that the reason behind contesting from Wayanad was to counter the RSS and BJP from "destroying culture and history" in all parts of the country. "I feel there is an assault on all institutions by (Prime Minister Narendra) Modi. I decided I will contest from south India and also from north India," he said while speaking to reporters. "I have come to Kerala to send a message that India is one".

Wayanad will vote on April 23 and Amethi on May 6. The counting of votes in the staggered national election will be held on May.