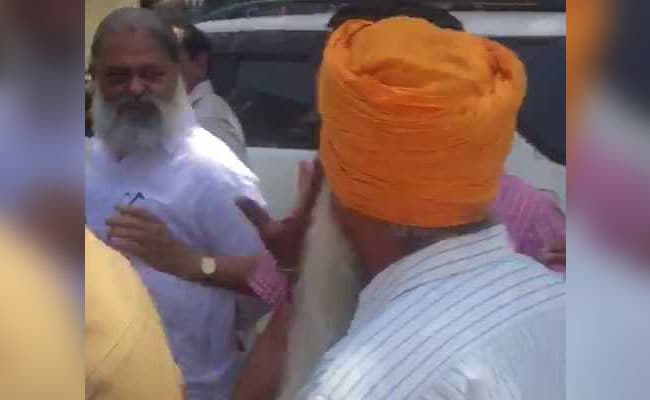 Mercurial Haryana Minister Anil Vij on Tuesday lost his cool when a group raised slogans against him while he was campaigning in a village in Ambala. As he came out of a building, the leader, known for making controversial comments, used abusive language for the protesters. The minister's reaction further provoked the protesters who surrounded his vehicle.

The villagers reacted angrily and surrounded the minister's car and also hurled abuses. A video of the incident has been widely circulated over social media.

The police later intervened and escorted the minister out of the village.

Mr Vij frequently makes headlines for his remarks on his opponents. In March, he made a bizarre remark amid the political row over the impact of India's air strikes on a terror camp in Pakistan's Balakot.

"The next time there is a strike on Pakistan-based terrorists, then one of  mahagathbandhan (grand alliance) leaders should be made to stand there so that they can count the bodies," he had tweeted in Hindi.

Haryana will go to polls on May 12 and reports of BJP leaders facing protest from the masses have frequently emerged on social media.