Election 2019: Google Doodle On Phase 4 Of Lok Sabha Election Tells Us How To Vote

How to vote in India: Google Doodle on days of voting for Lok Sabha Election 2019 have given instructions on how to cast votes at a polling booth 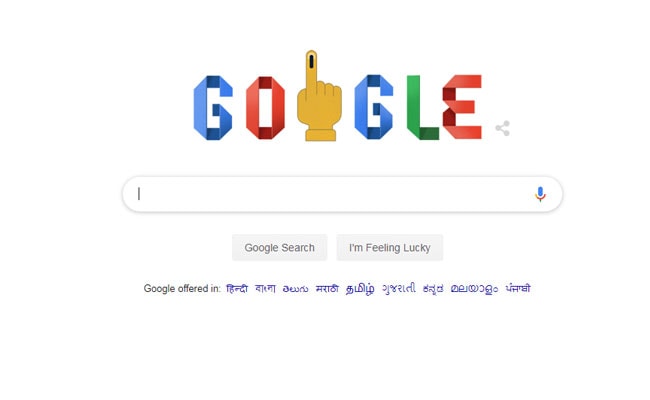 How to vote in India: Google Doodle dedicated to phase 4 of the Lok Sabha elections

Today's Google Doodle is dedicated to the fourth phase of India's mammoth general election. The election is spread over seven phases in total, with the first three phases of voting held on April 11, April 18 and April 23. Phase 4 of the Lok Sabha Election will see nine states going to vote, with the fate of 972 candidates contesting for 72 seats hanging in the balance.

The Google Doodle, like on the first three phases of the Lok Sabha election, is marked by a closed fist with the index finger held up. The nail has a black mark, indicating a vote has been cast. The doodle leads to instructions on how to vote in India.

The Hindi heartland states of Rajasthan and Madhya Pradesh will vote for the first time in this election today, while voting will come to an end in Maharashtra. The electoral fortunes of several star candidates will be decided in this phase, including six Union ministers.