Election 2019: "The Congress government never even thought of One Rank One Pension (OROP) scheme. For them, OROP meant - "One Rahul, One Priyanka"," Amit Shah said 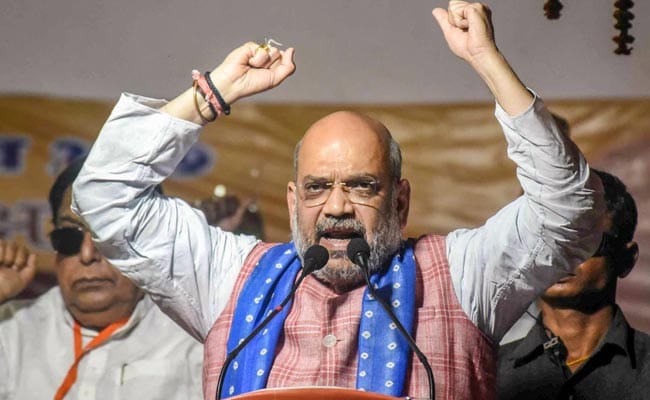 "There is only one slogan everywhere - "Modi, Modi"," Amit Shah said

BJP President Amit Shah asserted at a public rally in Himachal Pradesh's Nahan that the Narendra Modi government not just ensured national security but also brought in One Rank One Pension scheme for the armed forces after it came to power. For the Congress party, OROP only meant "One Rahul, One Priyanka", he alleged.

"The Congress government never even thought of One Rank One Pension (OROP) scheme. For them, OROP meant - "One Rahul, One Priyanka". The Narendra Modi government agreed to the OROP plan in just over a year after coming to power. Apart from the development work, the biggest work the government has done is to ensure national security for the country," Amit Shah claimed.

"There is only one slogan everywhere - "Modi, Modi". And this is not just a slogan but people's blessings for the incumbent Prime Minister. In the five year period, a lot of work has been done in Himachal Pradesh and in the entire country," the BJP chief added.

Speaking further on the achievements of the government in the healthcare sector, Amit Shah said, "Congress always talks about the poor, but what was the state of poor people for 55 years? If any poor son had to get his father treated earlier, the bills used to be astronomically high. Due to this people didn't get treatment. Today there is Modi Ji's Ayushman Bharat Yojana which gives treatment for upto Rs 5 lakh free of cost to the poor. 25,20,000 people have got surgeries done under this scheme. This change has taken place under Narendra Modi."

"Congress used to issue out grants under a 60:40 plan; BJP has started issuing grants under 90:10 plan to the state government. Rs 15,000 crore was given for the development of railways by the central government," Mr Shah said.

Six phases of polling stand completed in the ongoing Lok Sabha elections in the country. The last phase of polling will be held on May 19. The counting of votes will take place on May 23.