The Chandrashekhar-led group shot to limelight during the May 2017 clashes between Dalits and upper caste Thakurs in Saharanpur. 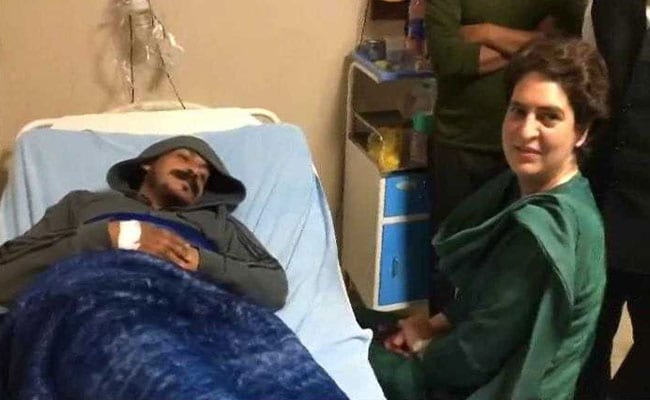 Days after Congress leader Priyanka Gandhi Vadra met Dalit leader Chandrashekhar Azad, his outfit said today that it will not support the Congress for the Lok Sabha elections in Uttar Pradesh.

Bhim Army's national president Vinay Ratan Singh said that the Congress has done nothing for Dalits during its 60-year rule.

"The Congress fought B R Ambedkar. The party ruled the country for so long, but did nothing for us. Atrocities were inflicted on Dalits under its rule. It gave rise to the RSS and the BJP," Mr Singh was quoted as saying by news agency PTI

Mr Singh also claimed that no political tone should be attached to Priyanka Gandhi Vadra's meet with Chandrashekhar Azad as "there's not a single reason for us to support it".

"She wanted to meet Chandrashekhar bhai, but he said no. She then made a special request and they met for a few minutes. No political issue figured in their talks," he said.

On Wednesday, Priyanka Gandhi Vadra had travelled to Meerut in Uttar Pradesh to meet the Bhim Army chief at a hospital where he is being treated.

Chandrashekhar Azad, also known as Ravan, a very influential Dalit leader who is known to be a spoiler in poll arithmetic. "I will go to Varanasi to contest the election against Prime Minister Narendra Modi," declared the 30-year-old, speaking to NDTV from his hospital bed after the Congress leader's visit.

The Bhim Army will also field a candidate against Union minister Smriti Irani, its vice president said, adding that they would also field candidates in Punjab which has a considerable Dalit population. The state sends 13 representatives to the Lok Sabha.

The Chandrashekhar-led group shot to limelight during the May 2017 clashes between Dalits and upper caste Thakurs in Saharanpur. Chandrashekhar Azad was arrested after the clashes. Though he was granted bail by the Allahabad High Court, the UP Police arrested him under the stringent National Security Act. He was released in September 2018 after 16 months in jail.