The development comes in the backdrop of the Election Commission staying the release of "PM Narendra Modi", a biopic on the Prime Minister till the Lok Sabha elections are over. 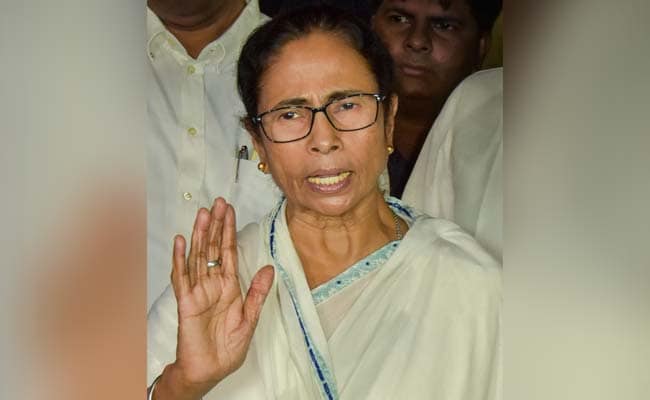 The Bharatiya Janata Party (BJP) on Wednesday wrote a letter to the Election Commission (EC) over the alleged biopic of West Bengal Chief Minister Mamata Banerjee titled - ''Baghini'', which is slated to release on May 3.

The party has asked the Election Commission to review the alleged biopic on the TMC supremo.

"This is to draw your attention to the news in the media that a biopic allegedly of Smt Mamata Banerjee will be released on 3 May 2019. Bharatiya Janata Party requests the Hon'ble Election Commission of India and its representative in West Bengal, the CEO, to review the said biopic before release, on similar lines done in the case of another biopic depicting Shri Narendra Modi," a letter signed by BJP West Bengal Vice-President Joy Prakash Majumdar and BJP leader Shishir Bajoria read.

The development comes in the backdrop of the Election Commission staying the release of ''PM Narendra Modi'', a biopic on the Prime Minister till the Lok Sabha elections are over, citing the film "disturbs the level-playing field."

The ''PM Narendra Modi'' biopic came under a cloud with the opposition parties, including Congress claiming that its release was planned with the intention of influencing voters in the ongoing Lok Sabha elections.

The biopic depicts the journey of PM Modi from his humble beginnings to his years as a Chief Minister and finally his landmark election as the Prime Minister.

Actor Vivek Oberoi is essaying the role of the Prime Minister.