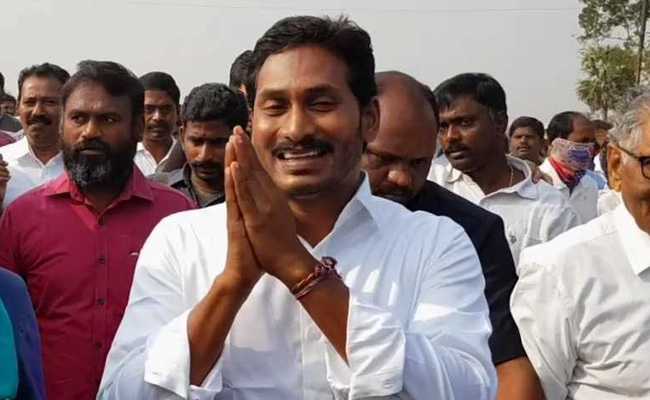 The TDP government is doing everything in its power to subvert democracy, he said (File)

YSR Congress president YS Jaganmohan Reddy Monday urged Chief Election Commissioner Sunil Arora to conduct the parliamentary elections in Andhra Pradesh and Telangana on the same day as many people are registered to votes in both the states.

He also complained to Mr Arora that Chandrababu Naidu's government has allegedly parked Rs 4,000-5,000 crore ill-gotten money in all 175 constituencies in the state for distribution to voters during the elections due in April-May.

"The TDP government is doing everything in its power to subvert democracy and steal the election. I met the CEC and informed him about the various ways in which the current government is undermining the electoral process. I requested him to intervene in the matter and ensure free and fair elections in the state," Mr Reddy told reporters after the meeting.

After the state bifurcation, many people still have their votes in both the states. The CEC or the Chief Election Commissioner has been requested to hold the elections in Telangana and Andhra Pradesh on the same day so that such voters cast their vote in one state, he said.

Alleging that the duplicate voters list in the state is on rise, Mr Reddy -- also the Leader of Opposition in the Andhra Pradesh Assembly -- said out of 369 lakh voters in the state, nearly 60 lakh voters are invalid or duplicate at present and that need to be deleted to ensure fair election.

He also alleged that data is being "unjustly collected" through the ''Praja Sadhikara Survey'' via the Real Time Governance Society (RTGS) database, ''Parishkara Vedika'' grievance collection and periodic surveys for political purposes.

This is leading to "coercing, influencing and intimidating the voters to the extent of getting their names removed from the voter lists", he added.

Moreover, the TDP has uploaded the entire voter list on a website with photographs of voters, which is a blatant infringements on privacy of voters and a highly unethical action by the party, he told the CEC.

In the meeting, the YSRCP chief informed about the alleged misrule of the TDP government in the last 4 years and 8 months and how the state government has institutionalised corruption and misused the police force.

"From this ill-gotton money, the TDP has parked around Rs 4,000 to Rs 5,000 crore in all 175 constituencies for spending and for distribution to the voters through select people including police personnel," he said.

Mr Reddy informed the CEC that the police officers belonging to a particular community who are the TDP supporters have been given out of the turn promotions, while others are being denied important posts.

He also informed in the meeting that some of the senior officers are being removed from election duty.