The Delhi Assembly speaker had invited Mr Advani as the chief guest to the function held to mark the 25th anniversary of its first sitting. 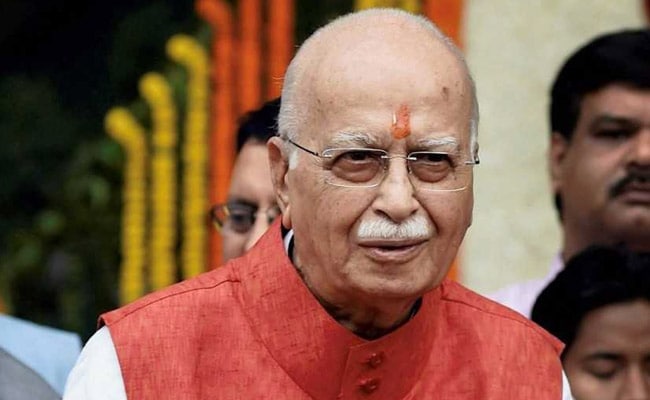 LK Advani had been the first chairperson of the Delhi Metropolitan Council. (File)

BJP veteran L K Advani will not be able to attend an event to mark the silver jubilee celebrations of the Delhi Legislative Assembly on Saturday due to personal reasons, Speaker Ram Niwas Goel said.

The Delhi Assembly speaker had invited Mr Advani as the chief guest to the function held to mark the 25th anniversary of its first sitting.

"Advani ji's PA has told me that the leader will not be able to attend the event due to personal reasons," Mr Goel told PTI late Wednesday.

A section of Delhi BJP leaders had expressed reservations over Mr Advani's reported acceptance of the invitation. Many leaders, on the condition of anonymity, said that Mr Advani should abstain from the function.

"The AAP leaders specially its chief Arvind Kejriwal are known to push their political agenda on almost any platform. Advani may inadvertently become their tool in this case," a senior Delhi BJP functionary said.

Delhi BJP president Manoj Tiwari had, however, overruled objections of party leaders in the matter saying, Advani should join the function as he may succeed in ending "negativity" of the AAP dispensation.

"I do not see any problems in Advani joining the function. I feel some people should go nearer to AAP leaders and Kejriwal so that their negativity could be removed," Tiwari told PTI.

The AAP and BJP share a bitter relation over a host of issues. The two sides traded barbs on many occasions most recently in case of inauguration of Signature Bridge and an attack on Chief Minister Arvind Kejriwal at the Delhi Secretariat.

"Kejriwal's outlook is negative. I know, he has not invited Advani with a positive mindset but still he should go there," Mr Tiwari said.

Mr Advani had been the first chairperson of the Delhi Metropolitan Council, the body that preceded the Assembly, from 1966 to 1970. The Delhi Assembly had its first sitting on December 14, 1993.

Besides Mr Advani, other invitees to the function include former members of the Legislative Assembly.