The BJP is making a strong pitch in both the states to expand its footprints in north-eastern India after forming governments in Assam, Arunachal Pradesh and Manipur. Prime Minister Narendra Modi at the Tuensang rally in Nagaland

New Delhi: Prime Minister Narendra Modi reaches Nagaland to address a public meeting in Tuensang. The election rallies in Nagaland and Meghalaya are an attempt to boost BJP's prospects of victory in the two poll-bound states. The two North-Eastern states will go to vote on February 27. The BJP is making a strong pitch in both the states to expand its footprints in north-eastern India after forming governments in Assam, Arunachal Pradesh and Manipur. BJP, which has fielded candidates in 47 seats out of a total of 60 in Meghalaya, is making strong efforts to throw Congress out of power.

The Prime Minister will be in Meghalaya today afternoon to address a rally in Phulbari followed by a rally in West Garo HIlls district, which is considered a Congress bastion.

Shri @Ramlal felicitating all the senior members of BJP who have served the party for over 25 years, starting with Shri Ram Sewekji. pic.twitter.com/RAUywA2IAW

Here are some pictures from Nagaland. @BJP4Nagalandpic.twitter.com/Ka9sqNzV1J

Feb 22, 2018 17:25 (IST)
Meghalaya needs double engine - one from Meghalaya, another from Delhi: PM Modi
Feb 22, 2018 14:17 (IST)
"NDA is committed to Nagaland's transformation. We want to improve connectivity, ensure electricity for all homes and focus on organic farming. The Ayushman Bharat initiative, which seeks to provide good quality and affordable healthcare, will have a positive impact in Nagaland," PM Modi tweeted.
Feb 22, 2018 14:16 (IST)
Prime Minister Narendra Modi waves at the crowd gathered at the venue of his public meeting in Tuensang, Nagaland.

Gratitude to the people of Nagaland for the support. Every Indian is proud of Nagaland's culture and the state's rich contribution to our nation. pic.twitter.com/NE1rQ5VrTU 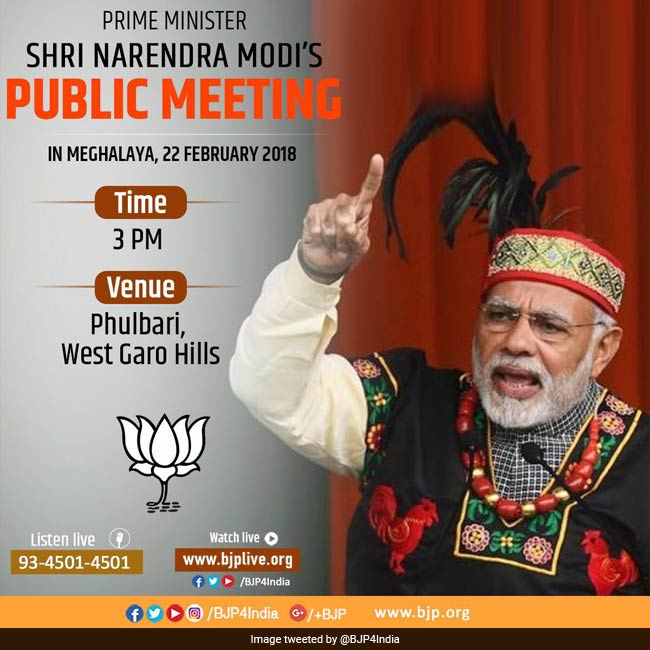 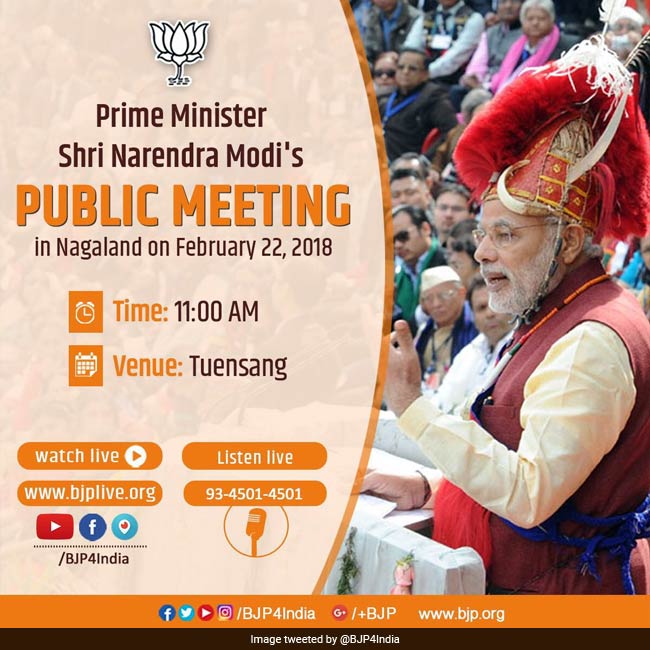 Prime Minister Narendra Modi will address a public meeting in Nagaland at 11 am today.