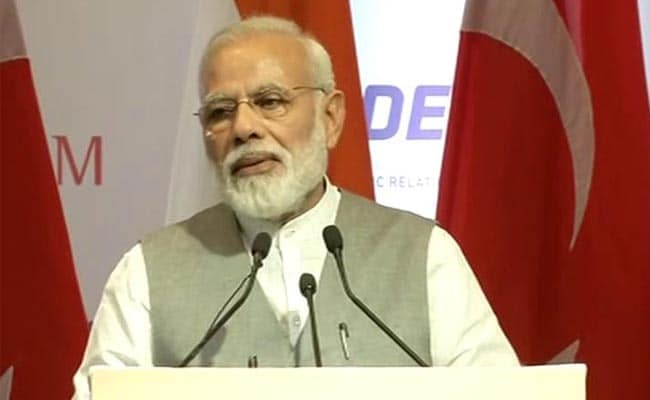 Prime Minister Narendra Modi addressed the India-Turkey Business Forum, in the presence of business leaders as well as Turkish President Recep Tayyip Erdogan. Mr Erdogan is on his first state visit to India since 2008. He was earlier accorded a ceremonial welcome at the Rashtrapati Bhavan. This is also Mr Erdogan's first foreign visit after winning a controversial referendum in his country, which further consolidates his executive powers.

President Erdogan and PM Modi are expected to discuss economic ties, trade as well as the ongoing developments in Syria. Mr Modi will seek Turkey's support for India's membership in the Nuclear Suppliers Group (NSG). Turkey had earlier supported India's membership in the Missile Technology Control Regime (MTCR). However, ahead of talks with Prime Minister Narendra Modi today, the Turkish President controversially suggested a "multi-lateral dialogue" to resolve the Kashmir issue to ensure peace in the region.