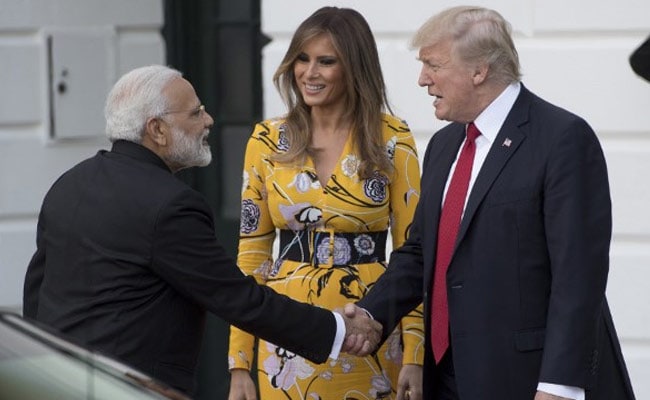 New Delhi: PM Narendra Modi, who was given a red carpet welcome on his two-day visit to the US, on Monday gifted US President Donald Trump a folio containing the 1965 dated original commemorative postal stamp, issued to mark the death centenary of Abraham Lincoln.

"The stamp honoured the memory of a great American President and the symbolized closeness of ideals" Lincoln and Mahatma Gandhi believed in, the Prime Minister's office posted on Twitter.

Both President Lincoln and Mahatma Gandhi led from the front, with indomitable courage against the forces of reaction and outmoded beliefs. pic.twitter.com/XaPZTdangT

PM Modi, who essentially captures the essence of India while choosing gifts for the world leaders, presented First Lady Melania Trump with a hamper containing a traditional, handcrafted Himachali silver bracelet, tea and honey from Kangra and hand-woven shawls from Jammu and Kashmir and Himachal Pradesh. 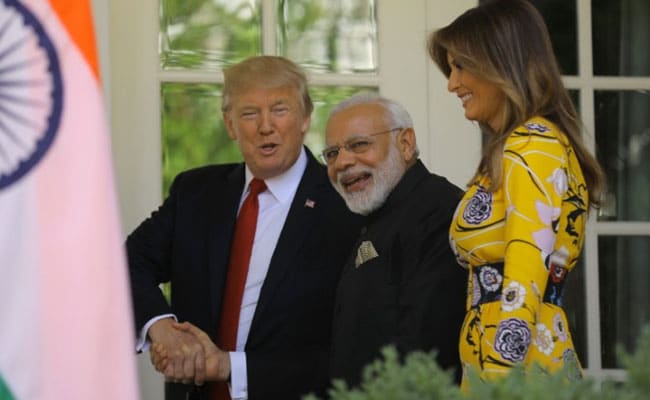 President Trump gave PM a guided tour of President's residence quarters in White House including Lincoln bedroom. He showed PM Modi a copy of President Lincoln's famous Gettysburg address and the desk on which he wrote it.

PM Modi also invited President Trump's daughter Ivanka to come to India to lead the US delegation of entrepreneurs. The American businesswomen and former fashion model, Ivanka Trump serves as assistant to the US president. 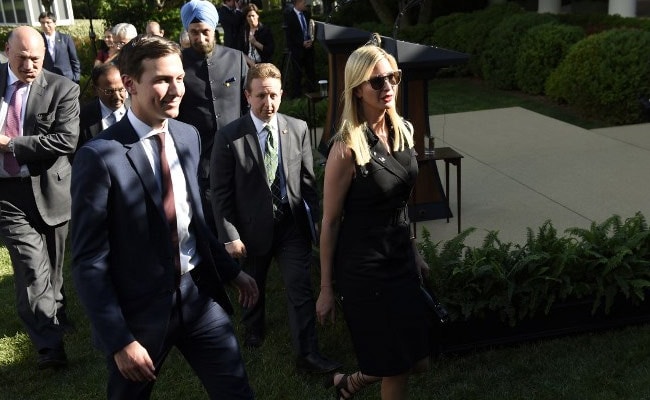 "I have invited her (Ivanka Trump) to lead the US delegation for global entrepreneurship forum," PM Modi said while jointly addressing the media with President Trump. "...And I believe she has accepted," President Trump said.

Soon after, Ivanka Trump thanked PM Modi for the invitation to lead the US delegation to the Global Entrepreneurship Summit in India.

PM Modi was in the United States as part of his three-nation tour which includes Portugal and the Netherlands. He left for the Netherlands early this morning.
Comments
PM Modi US VisitGift For Trump Family