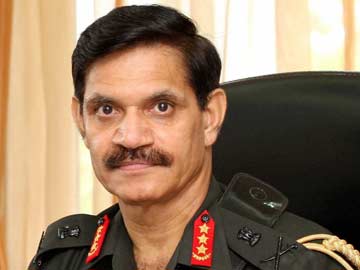 File Photo- Lieutenant General Dalbir Singh who will take over as chief of Indian Army on August 1, 2014.

It has followed the seniority principle in appointing Lt Gen Dalbir Singh, who is the current Vice Chief of Army Staff. He will be the senior-most Lieutenant General in the Indian Army when General Bikram Singh retires.

The Congress-led government has ignored the BJP's contention that the "lame-duck government" does not have the authority to make such an important decision. The BJP has suggested that the new government should make this and other new appointments. Results of the general election will be out on Friday, May 16. (Despite BJP's Protest, Government Will Name New Army Chief: Sources)

Former Army Chief and the BJP's Ghaziabad candidate General VK Singh has led the demand that the decision be deferred, questioning the propriety and timing of the decision, which he said was "ethically wrong". A cautious UPA government had sought the Election Commission's clearance twice to name the next Chief. (Election Commission Gives Nod to Government to Appoint New Army Chief)

Gen VK Singh had, in his last week as Army Chief in May 2012, imposed a discipline and vigilance ban on Lt Gen Dalbir Singh for having allegedly ignored a botched up intelligence operation under his command in the 3 Corps based in Nagaland.

Gen Bikram Singh, who took over from Gen VK Singh in May 2012, had immediately lifted the ban on Lt Gen Dalbir Singh, which enabled him to become the Eastern Army Commander in June 2012. He took over as the Vice Chief of Army Staff on January 1 this year.

Promoted
Listen to the latest songs, only on JioSaavn.com
Lt Gen Dalbir Singh joined the National Defence Academy in 1970 and was commissioned into the 4/5 Gorkha Rifles (Frontier Force) in June 1974.

He has served as a company commander in "Op Pawan" in Sri Lanka in 1987, commanded the 53 Infantry Brigade, which was involved in counter-insurgency operations in the Kashmir Valley and commanded the 8 Mountain Division in Jammu & Kashmir.