LG Polymers: At a time when human lives across the country are at stake due to the spread of COVID-19 virus, the gruesome tragedy has come as a bolt from the blue for the people, the right panel said. 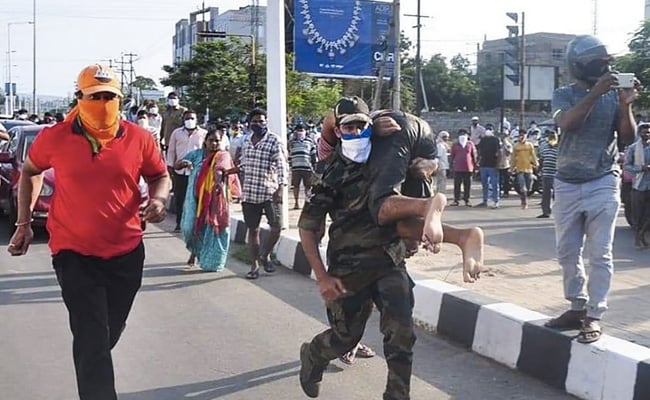 Gas leakage in Andhra Pradesh: The mishap has reportedly affected people within a radius of about 3 km

The National Human Rights Commission on Thursday issued notices to the Centre and the Andhra Pradesh government over deaths and suffering of people due to gas leakage from a chemical plant in Visakhapatnam district, officials said.

Right to life of the victims has been grossly violated. At a time when human lives across the country are at stake due to the spread of COVID-19 virus and everyone is forced to stay indoors, the gruesome tragedy has come as a bolt from the blue for the people, the right panel said in a statement.

The NHRC said it has taken suo motu cognizance of media reports about the death of eleven persons and thousand others falling sick due to leakage of styrene gas in the district early morning.

The leakage of the gas has reportedly affected people within a radius of about 3 kilometers. Many people could be seen lying on roads while some complained of difficulty in breathing and rashes on their bodies, it said.

Accordingly, the Commission has issued a notice to the Chief Secretary, government of Andhra Pradesh calling for a detailed report in the matter including status of the rescue operation, treatment provided to the sick and relief and rehabilitation provided by state authorities to the affected families.

The Commission also asked the Corporate Affairs ministry to examine whether norms laid down under relevant provisions of the law are being implemented at the particular industrial unit and to submit a report to the Commission, it said.

Responses from all these authorities are expected within four weeks, the statement said.