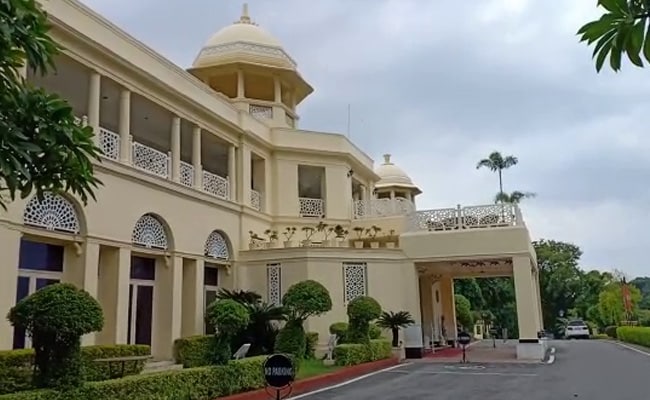 The Rajasthan High court on Tuesday stayed the arrest of former disinvestment secretary Pradip Baijal and two others accused of causing a Rs 244-crore loss to the government through the sale of an ITDC-owned hotel in Udaipur two decades back.

The Rajasthan High Court also directed that the Laxmi Vilas Palace Hotel should be transferred back to the company, a week after the lower court ordered its takeover by the state government till the case is settled.

Justice Dinesh Mehta said the trial court was not justified in issuing arrest warrants, and ordering without any notice the attachment of the property of a running hotel over a transaction which took place way back in 2001.

Passing its orders on the pleas filed by filed by Pradip Baijal, Ashish Guha and Jyotsna Suri, the high court put on hold the special court's interim order to summon them through an arrest warrant.

The judge said the three accused can be summoned by the trial court through bailable warrants.

It also asked the accused to furnish personal bonds ranging between Rs 2 lakh and Rs 5 lakh, as well as sureties of between Rs 1 lakh and Rs 2.5 lakh. The court listed the next hearing for October 15, asking the accused not to leave the country till then.

Arun Shourie, who headed the disinvestment ministry under the Atal Bihari Vajpayee-led NDA government, and Kantilal Karamsey whose firm was involved in the valuation of the hotel, have also filed pleas, challenging the trial court's order.

Their applications are yet to be listed for a hearing in the high court.

During the CBI's preliminary investigation, the property was valued at Rs 252 crore, suggesting a loss of Rs 244 crore to the exchequer.

In its order, the CBI court had rejected the closure report submitted in the case by the Central Bureau of Investigation in August 2019, and asked the agency to reinvestigate it.

The CBI had registered a case on August 13, 2014 that some unknown officials from the Department of Disinvestment, in connivance with a private hotelier during 1999-2002, renovated and then sold the hotel at a throwaway price.

Mukul Rohatgi said no court could issue an arrest warrant in the manner in which it was done by the special judge.

Harish Salve argued that the process of selling the hotel was transparent and open bids were invited. The petitioner was the sole bidder and her bid of 25 per cent above the reserve price was declared successful.

There was no material with the court below to come to a conclusion that the petitioner's company has defrauded the central government by Rs.244.36 crore, Salve argued.

He said at best the lower court could have provisionally attached the property before passing a final order.