Nitish Kumar made the comments at a meeting of the revenue and land reforms department in Patna. 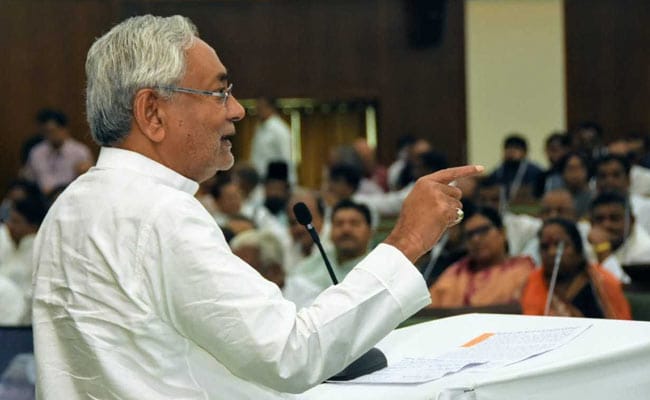 Bihar Chief Minister Nitish Kumar on Friday stressed on the need for minimising land disputes, asserting that these were responsible for the most violent crimes taking place in the state.

Mr Kumar made the comments at a meeting of the revenue and land reforms department in Patna.

"Nearly 60 per cent of violent crimes in the state have their roots in land disputes. To minimise these, fresh survey and settlement of land records is underway. In addition, a number of other measures have been taken which people need to be made aware of," Mr Kumar said.

"One such measure is registration of land, divided among members of a family, by paying a token amount of Rs 100. This must be widely publicised so that more and more people get benefited. This would also do its bit in minimising land disputes and the consequences thereof," he added.

Earlier, the chief minister reviewed a presentation on upgradation and extension of the historic Patna Museum, which was established over 100 years ago.

He issued instructions that new construction must be carried out without causing any damage to the original structure.

Besides, he said that plantation of trees should be undertaken alongside the boundary wall and proper visibility be ensured of exhibits.

Mr Kumar also mooted the idea of building a subway connecting the historic museum to the Bihar museum, inaugurated two years ago and situated a couple of kilometres away.

"If it comes to fruition, it would be a unique feature of the city. I envisage that people covering both the museums in one trip would be able to do so with the help of trolleys running on the subway," he said.