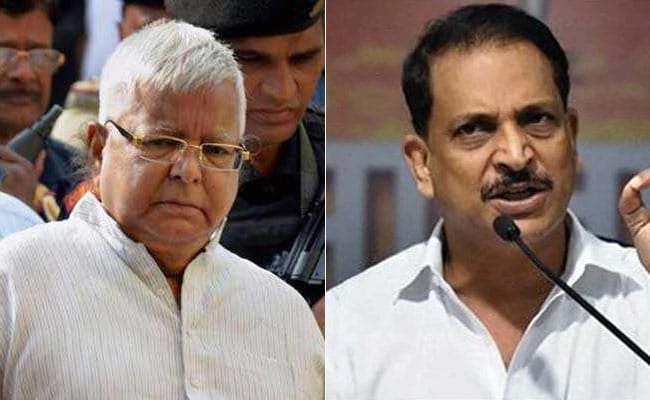 Jailed Bihar politician Lalu Yadav and Union Minister Rajiv Pratap Rudy are among a host of political leaders whose central security cover has been withdrawn by the Home Ministry, after it reviewed the security arrangements of "central protectees". The home ministry has also downgraded security of several leaders.

Bahujan Samaj Party leader Satish Chandra Mishra has also been dropped from the central list. He will be provided a "Z" category CRPF cover only in Uttar Pradesh.

Jharkhand's Babulal Marandi will also be provided ''Z'' CRPF mobile cover in the state only, the order said.

The CRPF cover for former parliamentarian Pappu Yadav and BJP lawmaker Sakshi Maharaj has been withdrawn and their security has been downgraded.

Samajwadi Party chief Akhilesh Yadav is also set to lose top security cover that only a dozen other political leaders have. He will no longer be protected by black cat commandos of the National Security Guard, the home ministry has decided, according to sources.

Sources say the Home Ministry assessed that the security threat to Akhilesh Yadav was not as high. The former chief minister had 22 NSG commandos as part of his cover, who will now be called back.