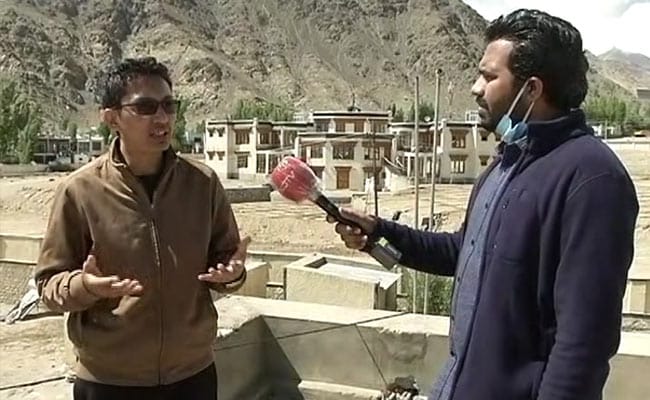 BJP MP Jamyang Tsering Namgyal said that people of Ladakh stood in solidarity with the army.

The time has come to send a strong message to China and India should take back the Aksai Chin region occupied by Chinese forces since the 1962 war, BJP leader Jamyang Tsering Namgyal, the parliamentarian from Ladakh told NDTV on Thursday.

People of Ladakh, where the 20 soldiers including a colonel died in a clash with Chinese troops on Monday, want a "one-time solution", Mr Namgyal said, adding that Prime Minister Narendra Modi's response was similar to the words he used before Indian forces carried out surgical strikes against Pakistani terrorist launch pads to avenge the 2016 Uri attack.

"We don't want soldiers of our country lose lives repeatedly. We don't want any disturbances to lives of the civilians living along the border. That's why we want a one-time solution, an end to the dispute," he added.

"Since 1962, China has cheated India not once or twice but a hundred times. In the 1962 war, they took 37,244 sq km area from us what we know today as Aksai China. I feel strange even to hear the term Aksai Chin. It is not Aksai Chin, it is China-occupied Indian territory," Mr Namgyal said.

"It is China-occupied Ladakh. Our claim on it should always remain. Many people question whether it is possible to take it back. I don't consider it easy. But I don't consider it impossible either. After the sacrifice of our soldiers, I am starting to think the time has come to take Aksai Chin back," he added.

Mr Namgyal warned China of a strong response from India over this week's violence.

"The government today is not the same one in 1962. What Prime Minister Narendra Modi says, he does. Before the surgical strikes he had said the sacrifice of our soldiers won't go in vain. Yesterday, he repeated the same line. That assures me that the government is competent," the BJP lawmaker said.

Speaking out two days after the encounter with Chinese forces, PM Modi had said he wanted to assure the nation that the sacrifice of Indian soldiers killed in a clash with Chinese troops at Galwan Valley in Ladakh would not go in vain and India, while peace-loving, is capable of giving a fitting reply if provoked.