The festival was organised on Thursday as part of the 'Azadi Ka Amrit Mahotsav' celebrations by the department of wildlife protection in Ladakh in collaboration with the Secure Himalaya project, the officials said on Friday. 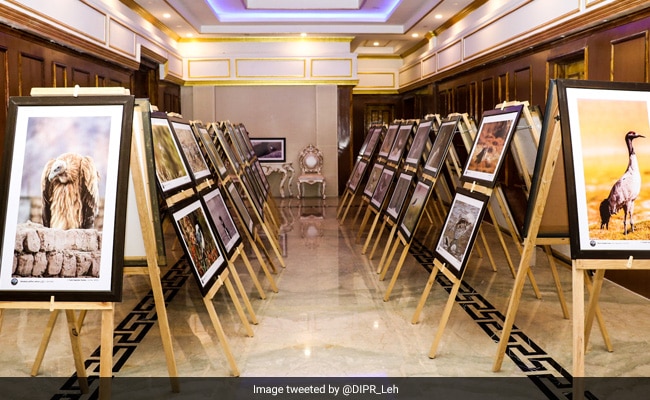 The Union Territory of Ladakh has hosted its first-ever bird festival for ensuring preservation of the fragile ecosystem and promoting the diverse biodiversity of the region, the officials said on Friday.

The festival was organised on Thursday as part of the 'Azadi Ka Amrit Mahotsav' celebrations by the department of wildlife protection in Ladakh in collaboration with the Secure Himalaya project, they said.

While addressing a gathering, Chief Executive Councillor Tashi Gyalson, who was also the chief guest, extended his gratitude to the department of wildlife protection for conducting the festival.

He stressed the need for encouraging avifauna as part of the Indian culture. Highlighting the importance of the festival, Mr Gyalson stated that it should be a reminder for all of us to work collectively in preserving the fragile ecosystem and educate ourselves and promote the diverse biodiversity of Ladakh.

Speaking on the occasion, principal secretary, forest, ecology and environment, Pawan Kotwal, in his inaugural address, said this event is a first-of-its-kind in Ladakh.

He said Ladakh has a huge biodiversity, which falls on the pathway of migratory birds, and is a paradise for both birds and bird lovers.

"We have a huge responsibility to be the custodian of the land," he added.

'Live and let live' should not only be applicable for humans but it should also include all animals and birds as well, he said.

Further, Mr Kotwal said that according to some experts more than 350 species of birds have now been identified in Ladakh.

He observed that one of the biggest strengths of Ladakh is that its people do not hunt. Therefore, it has become a huge refuge for birds and animals alike.

Mr Kotwal also requested chief wildlife warden, department of wildlife protection, Ladakh, Preet Pal Singh, to document all the activities planned for the next three days for the festival.

Member of Parliament, Ladakh, Jamyang Tsering Namgyal congratulated and thanked the dignitaries, officials, and experts on behalf of the people of Ladakh for organising the bird festival.

He said it was the moral responsibility of all Ladakhis to protect the birds in the region, and assured that he would contribute to this field as much as possible.

As part of the festival, a photo exhibition was held on birds found in Ladakh. The animated storybook 'Tashi the Explorer' was also launched on the occasion.