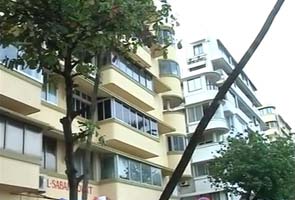 Mumbai: Kuwait has warned that a dispute over a Rs 70-crore flat in Mumbai could make it rethink bilateral ties. At stake is trade worth nearly Rs 1,08, 000 crore.

Mr Essa, a former diplomat, alleges that Mr Punamiya, a first-floor tenant in the building, forged documents to show that he had rented a 7,000 square-foot sea-facing flat on the fifth floor flat for just Rs 16,666 a month and then stole exotic Arabian carpets, expensive paintings, artifacts, antiques, jewelry and utensils made of gold and silver and wooden furniture worth Rs 30 crore.

Mr Essa, 83, says his complaint on the alleged fraud was closed by Mumbai cops. And instead, alleges the Kuwaiti petition, Mr Essa, who has diplomatic immunity, was booked after Mr Punamiya complained that he had pointed a gun at him and "threatened to kill him if he didn't vacate the premises".

Sheikha Fadyah Saad Al Sabah, a daughter of the late Amir of Kuwait, has written to the Kuwaiti Ambassador in India Sami Mohammad Al Sulaiman, saying, "it is with deep anguish that we record our utmost discontent and displeasure over the situation that has been created due to apparent malpractices and unchecked corrupt indulgence exhibited by the Mumbai Police... We are indeed disturbed and amazed to record the catastrophic manner in which the state administration has handled the matter."

The letter, a copy of which has been sent to Prime Minister Manmohan Singh and senior ministers, warns of "the international ramifications that such an act of an individual cheat may have on the national interest of India."

Promoted
Listen to the latest songs, only on JioSaavn.com
The Kuwaitis want a CBI probe and an explanation "through diplomatic channels" and say the "criminal situation" could have a direct bearing on 20 bilateral agreements between India and Kuwait. Trade between the two countries stood at Rs 1,05, 000 crore in 2011-2012, of which India's crude oil exports from the Gulf country were pegged at Rs 94, 000 crore.

For the Kuwaiti royals Rs 100 crore is small change. "But this isn't about the money," a legal representative of the family said. "This is about Arabian pride and honour."

Twitter Appointed Officers In Compliance With New IT Rules: Centre To High Court