Kumbh Mela 2019 To Be Historic, Says Yogi Adityanath. Find Out Why

The main area of the Kumbh Mela in Allahabad will be increased from 5,000 to 10,000 acre; 15 crore people are likely to attend it 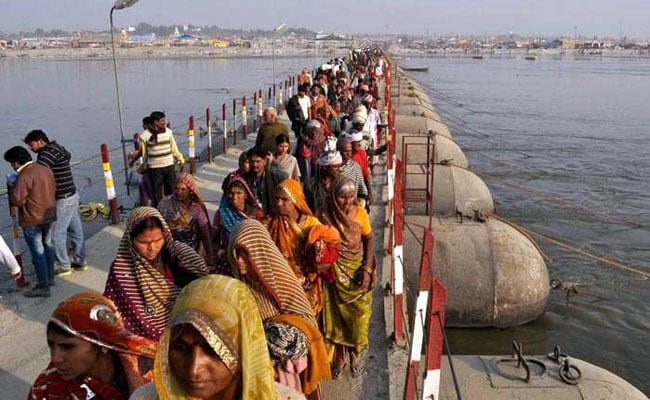 Uttar Pradesh Chief Minister Yogi Adityanath has announced a top highlight of the Kumbh Mela in a bid to draw more visitors to one of the largest pilgrimages in the world.

Apart from taking a dip in the confluence of the Ganga and the Yamuna in Allahabad in the cold winter month of January, people will be able to "feel the invisible Sabarmati river," the chief minister said.

"We are making efforts to open the gate of Prayag Fort where Saraswati is situated and we are talking with the government of India and the Archaeological Survey of India for this purpose," Mr Adityanath said.

Prayag Fort or Allahabad Fort on the banks of the Yamuna, close to the confluence site, was built by Emperor Akbar in 1583. A well inside the fort is said to be the source of the mythical Saraswati river.

"The coming Kumbh is going be historic and very special," Mr Adityanath said.

The ambassador of every country will be invited to the Kumbh Mela, he added. "We will invite not only Indians living in foreign countries but also foreign nationals to be a part of the world's largest congregation," he said.

The main area of the Kumbh Mela will be increased from 5,000 to 10,000 acre; 15 crore people are likely to attend it, the chief minister said.

Maharashtra chief minister Devendra Fadnavis, who also attended the event, said Kumbh Mela is a symbol of faith and unity and even UNESCO has recognised it.

"Our culture is like the flowing water of Ganga which is old and pure, and has also changed with time. This is why many cultures were vanquished but our culture is intact," Mr Fadnavis said.